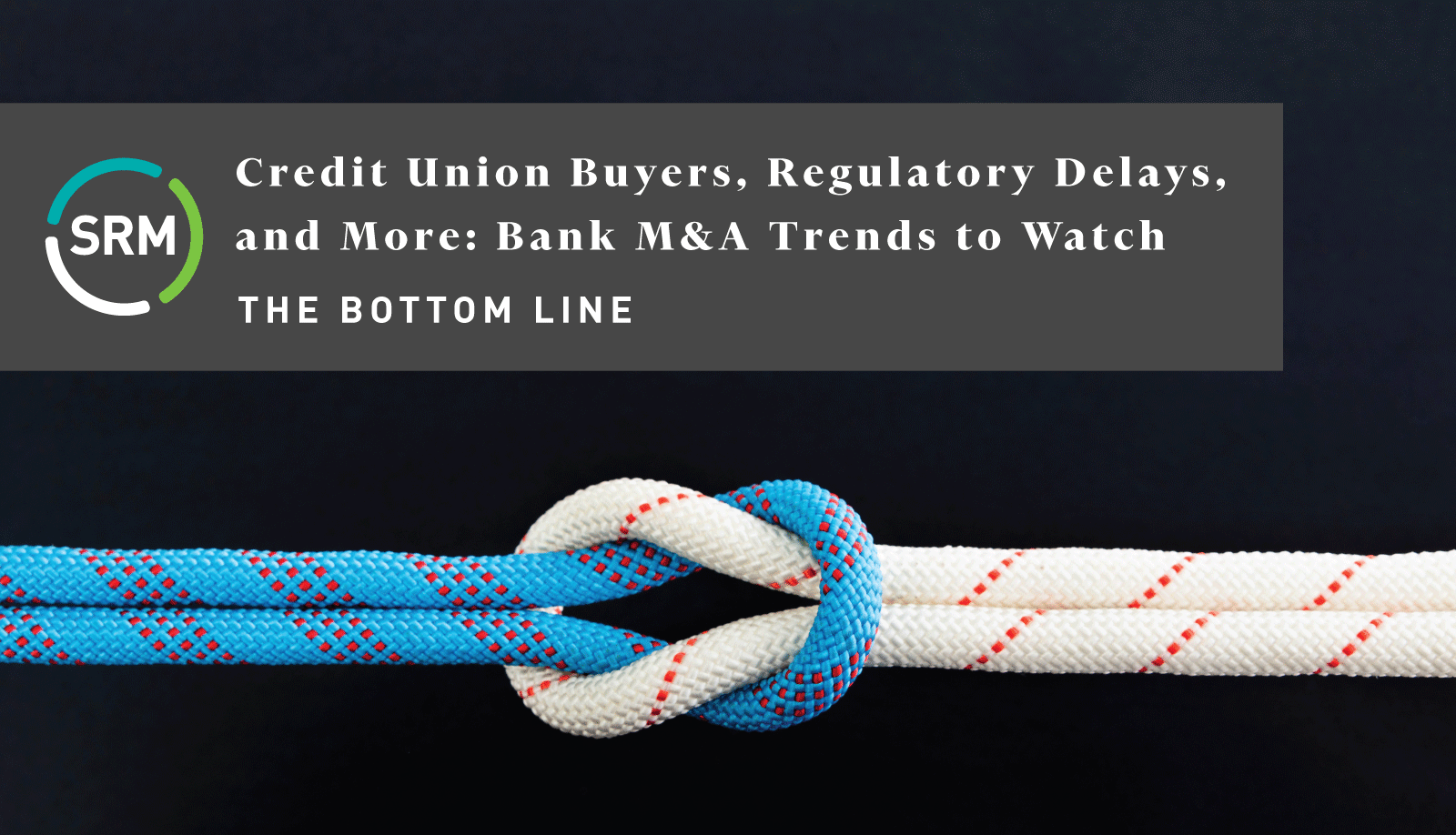 As summer approaches, bank consolidation has been steady but not as brisk as many thought.

There have been 37 transactions announced by March 18, 2022. If this pace continues, it would be about 25% below last year, though many of 2021's deals were in the works before the pandemic. As with many other business transactions, they were shelved as Covid-19 took hold.

Premiums are on par with 2021, averaging 155% of a seller's tangible book value, indicating that pricing is steady.

However, some notable trends can be seen from the deals announced during the first quarter. These developments will likely play a larger role in M&A over the rest of this year. Let's examine them.

Five credit unions have announced plans to buy banks in the past six weeks, and we expect more to come. As credit unions pursue bigger targets, the average bank seller has $513 million of assets (12% more than deals announced in 2021).

The Independent Community Bankers of America has suggested a tax on credit unions that buy banks, but that proposal has yet to gain significant traction in Washington, DC.

Most attention will likely be directed toward state legislation and the regulatory approval process.

The governor of Mississippi just signed a law to would require that any assets or deposits being sold by a state-chartered bank must remain a part of an FDIC-insured institution.

VyStar Credit Union in Jacksonville, FL, recently extended the deadline for buying Heritage Southeast Bank in Jonesboro, GA, as they await approval from federal and state regulators. This would be the biggest credit union purchase of a bank to date.

TD Bank recently agreed to buy First Horizon in Memphis, TN, for $13.6 billion – the third-largest bank acquisition announced in the past decade.

While the price is eye-popping, a clause in the agreement should get the most attention. If the banks cannot complete the deal by November 27, TD Bank will increase the payment to First Horizon shareholders based on how long the closing is delayed.

TD Bank is providing a financial incentive to patient investors and is sending a message to First Horizon’s employees and customers that it is committed to seeing the deal to fruition. This arrangement could become standard operating procedure for bigger deals, potentially trickling down to smaller mergers over time.

While the recent executive order for digital assets set firm deadlines for an interagency research effort, the directive for M&A is more ambiguous when it comes to timelines.

The Fed, FDIC, and OCC were "encouraged" in July's order to review their policies and procedures and adopt a plan for revitalizing federal laws tied to bank mergers within 180 days. For various reasons, including delays in filling key posts, there has been no tangible movement.

As deals get bigger, we will see more instances of banks using M&A to enter new markets.

Recent examples include Bank of Montreal's pending Bank of the West purchase, which will give the Canadian bank access to the West Coast, and the TD-First Horizon deal, where the buyer will enter several Southeastern states.

Bank buyers in those situations will need to find more ways to finesse cost savings. It will be interesting to see how the merged banks perform when it comes to retaining the seller's employees (particularly lenders) and clients.

The pace of consolidation has been slow so far this year, but it should quicken as we move through 2022. Many challenges that promote mergers exist, including hyper-competition, a need to invest in technology, and a potential regulatory tightening on overdraft fees.

Acquisitions, if negotiated and integrated properly, can help banks trim expenses, and take advantage of new markets and revenue opportunities. SRM can play a vital role in the process by helping acquirers identify cost-cutting opportunities at targeted institutions.