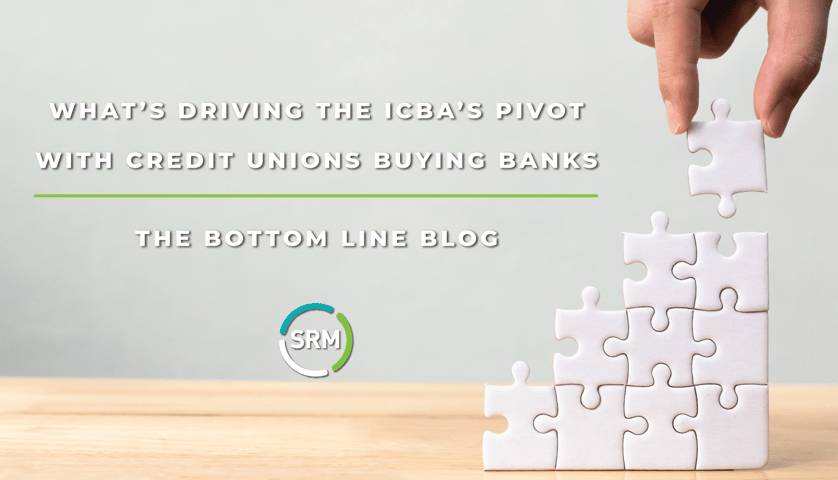 More credit unions are relying on bank acquisitions to add expertise in commercial lending. This is particularly concerning for the banking industry since credit unions have been steadily increasing their dealings with small and midsize businesses.

The number of states where these deals are occurring is also expanding. It’s reasonable to assume that subsequent combinations can be finalized more smoothly once a precedent is set with a state’s regulators. However, the state regulator in Colorado blocked a credit union-bank merger in early 2020.

If You Can’t Stop Them, Tax Them

The ICBA has advocated for years that legislators should revoke credit unions’ tax-exempt status, arguing that it creates an uneven playing field. By extension, bankers have pushed for a prohibition on credit unions buying banks.

The decision to call for an exit fee to compensate for the loss of a tax-paying bank seems to acknowledge, on some level, that efforts to stop these types of acquisitions are not gaining traction.

While the ICBA could urge banks to reject overtures from credit unions (53% of bankers in a recent survey said they would reject bids from credit unions even if they were the best offer), executives and boards have legal responsibilities that encourage them to remain open to offers that make the most sense for their investors.

Credit unions, which do not have stock, pay cash, allowing a seller’s shareholders to liquidate their investment quickly. Due to their tax exemption and favorable accounting rules, credit unions can often outbid banks.

Any exit fee applied to a credit union-bank transaction could alter the math associated with the deal. Credit unions might have to find other ways to offset that expense to make the financial modeling work.

Regardless of where your institution stands on the spectrum, SRM is ready to help with the time-consuming and fiscally critical task of developing a payments strategy and navigating the contractual complexities (and costs) associated with acquisitions.