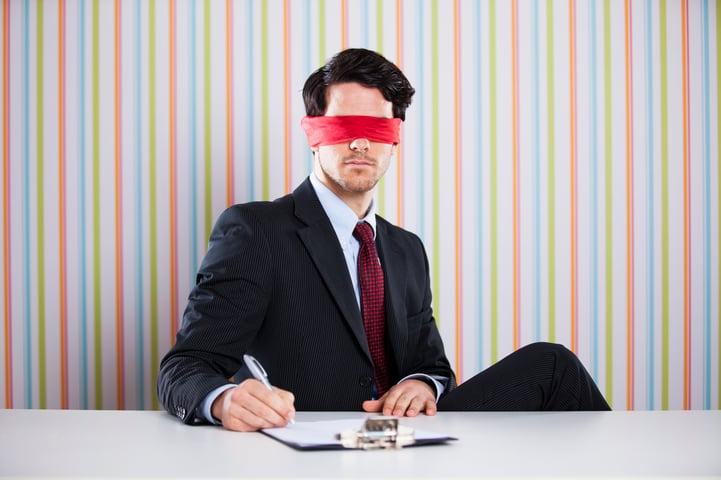 In our experience, saying “no changes, here’s my signature” is a classic blunder.  Why? Because contract renewals or extensions with service providers can be deceptively simple. For example, if a bank or credit union exec is satisfied with their current relationship and the rep approaches them with a modest rate reduction, it looks like an “easy win.” The department head saves on the run rate and avoids a batch of administrative and analysis headaches, while still arriving at the desired endgame.

Unfortunately, there are some aspects of contract dynamics that are kept outside a financial institution’s line of sight.  Yes, a solid team of strategic and operational leaders can determine the product features demanded by the marketplace, evaluate how the current offering stacks up against the competition, and identify the best-of-breed providers in a variety of areas. What they can’t discern without outside assistance is how a pricing offer compares to prevailing rates—in both the home market and elsewhere.

When conducting contract negotiation with an incumbent vendor, terms are inevitably benchmarked against existing pricing. The problem is legacy pricing often bears little resemblance to prevailing market conditions. This is especially true for relationships that have been in place for five years or longer. Think of how much the technology curve has shifted almost entirely in the financial institution’s favor. Odds are new features and services have been appended along the way with their own dynamics that warrant a fresh look.

The fact is that vendors will be as aggressive with pricing as needed in order to win business. Consider the ongoing barrage of enticing offers from cellular and cable providers…available to new customers only. Loyal existing customers aren’t eligible for free phones and other such perks. If you raise enough static you might be able to wrangle a discount, but that 8% price cut may feel more like money left on the table than a bonus.

Of course, most banking vendors don’t advertise their competing offers nearly as publicly as cell networks. Shoppers may perform due diligence by checking with user groups, but these colleagues are usually also in the midst of long-term agreements. It’s difficult to draw an apples-to-apples comparison given the various service permutations offered. That’s why there’s a competitive advantage to be gained by enlisting industry experts who work with vendors continuously and understands the broader landscape.

Miami is not Seattle

Leaders who reach out to peers to assess the market are likely gathering data from someone in the same geography. However, vendors face differing competitive environments in various markets, and their regional pricing may show as much. In order to make inroads in Houston, for example, a given provider might be willing to be more aggressive with pricing than they would in Boston. Another may enjoy much higher margins in Denver than Miami, for instance, making a preemptive offer of a 10% cut an appealing option before a rival can upset the status quo with a 30% sweetheart deal. Again, the key is to work with a partner with a broad enough frame of reference to bring such disparities, and therefore opportunities, to your attention.

The Bottom Line: Everything is negotiable.  Just because you’re happy with your current relationship, doesn’t mean your financial institution should leave money on the table during vendor contract renewals. Addressing a few vendor blind spots can generate big savings without causing disruption.