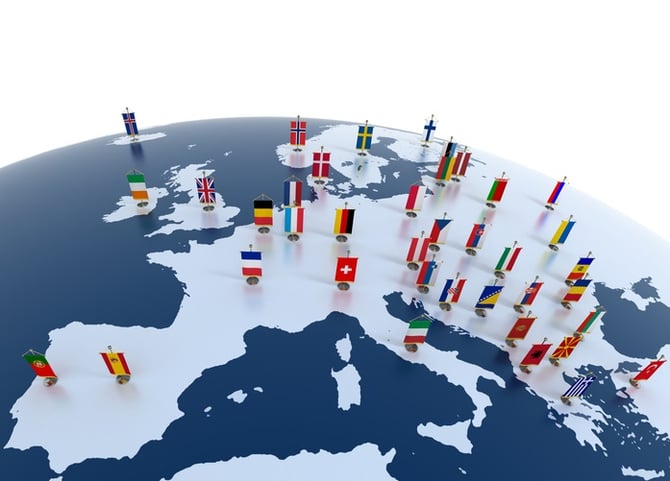 As many of you are aware, last August marked 25 years that SRM has been providing clients with vendor services. During that quarter of a century, our firm has delivered cost savings and revenue enhancements that represent billions of dollars in value to the banks and credit unions we serve. This year alone our work for these institutions will uncover approximately $70 million in “found money.”

Though I was not yet a member of the SRM team when that 25th anniversary was celebrated, my decision to join the firm was influenced by the reputation SRM has built over those two and a half decades operating in the U.S. My responsibility is to extend the value of our reputation and brand to the clients we now serve to Europe.

Just as SRM pivoted and evolved its U.S. model over time to address identified market needs, we will be doing the same as we build the client portfolio of SRM Europe. The regulatory forces in Europe have certain unique characteristics compared to the U.S. In addition, financial organisations across the territory exhibit differences that are both cultural and market driven.

Very few firms in Europe offer the same set of services that SRM does due, in large part, to the significant differences present in the financial services ecosystem. The roughly 11,000 financial institutions in the United States far exceeds the combined number of similar organisations across all the EU and UK landscape. Further, the institutions in the EU/UK region are larger in scale, which changes the nature of the relationships they have with suppliers, vendors and partners.

Two additional forces in the region are creating opportunities for SRM Europe in the financial services vertical.  A generation of “challenger banks” are appearing on the landscape. At the same time, the EU’s PSD2 regime and the UK’s Open Banking Initiative have given rise to an explosion of niche financial solutions that incumbents must determine how to address, whether through partnerships, in-house development of competing offerings or other approaches.

Ultimately, these characteristics have created the same need that built the SRM business to date: trusted advisors with a longstanding record of having a materially positive impact on the clients they serve. Some of the consulting services we’ll provide to our clients in the EU/UK will be the same as those we deliver to banks and credit unions in North America; e.g., operational efficiencies and optimising of assets, particularly in the payments area. However, there will be other subject matter SRM Europe will provide the firm’s clients in the UK/EU that are not as common in the States, such as artificial intelligence, machine learning and Robotic Process Automation (RPA).

While banks and credit unions in the U.S. are primarily still in an exploratory mode concerning these technologies, organisations within SRM Europe’s territory already are seeking to deploy them to create efficiencies and improve customer service. That said, the subject matter expertise we have within SRM Europe regarding these innovations will be useful exports to North America as more financial institutions there seek to benefit from them.  I am certain that the converse will also be true with areas of expertise held by the SRM team servicing North America. In both instances, our entire firm will be made stronger and more relevant as well as effective for our clients.

As in the states, SRM’s hiring policy will be to recruit senior, hands-on contributors with deep financial services industry expertise. Our three initial Europe hires, myself included, boast a combined 70 years of experience across major banks, payments networks and consulting organizations.

I am quite excited to get to work with our expanding roster of European clients. You can be sure that there will be regular posts made here to advise on how the process is going and what we are learning along the way.