Never Sign a Vendor Contract Amendment without Vetting it

Vendor contract amendments can seem pretty straight forward – a few paragraphs over a couple of pages that offers some modifications to the master contract that probably represent some improvement to current terms and conditions. The amendment may be perfectly innocuous or it may suggest some material changes. Either way, it is important not to treat this as a "no brainer."

4 Questions to Ask Your Next Strategic Sourcing Partner

Engaging with a sourcing partner can be an effective means to improve your institution’s bottom line and protect your operations from the distractions that can be created when management must handle such duties themselves. However, it is important to note that not all sourcing management firms are created equal. As with all partners you select, some of these firms will be a better fit with your culture and objectives than others. We suggest asking the following questions before selecting a strategic sourcing partner.

The Power of the Bid in Vendor Contract Negotiations

All banks and credit unions rely on third party vendors for products and services to support the backbone of their operations. These relationships are typically governed by long-term agreements and when those vendor contracts are up for renewal, the common reaction is to sign an extension with the incumbent. Assuming service levels have been acceptable, switching costs – especially for anything connecting with a financial institution’s core system – tend to be so onerous that there’s rarely any appetite for the hassle and resource diversion that accompanies a de-conversion.

Expecting Regulation Reform? What it Means for Your Vendor Contracts

In the weeks preceding last November’s US election, bankers spoke of finding ways to apply common-sense tweaks to the edges of onerous regulations like the Dodd-Frank bill. A few short months later, talk has shifted to an outright repeal of the Durbin Amendment, if not of Dodd-Frank itself. We had expected such efforts to gather steam over the next 90-120 days. However, the general pace of reform has been slow, which will likely mean attempts to streamline Dodd-Frank may not begin this soon.

Effectively Manage Vendor Contracts During a Merger or Acquisition

In today’s economic climate, mergers and consolidations of financial institutions are fairly common.  Anyone who has been involved in one knows it is a time of opportunity and critical decisions. So many considerations go into such transactions, most of which legal teams oversee. There are benefits of working with companies offering proprietary benchmarks and experience that goes well beyond the scope of work offered by traditional advisors – bringing an innovative and proven approach that mitigates expenses and maximizes revenue.

The 7 Most Expensive Vendor Management Mistakes 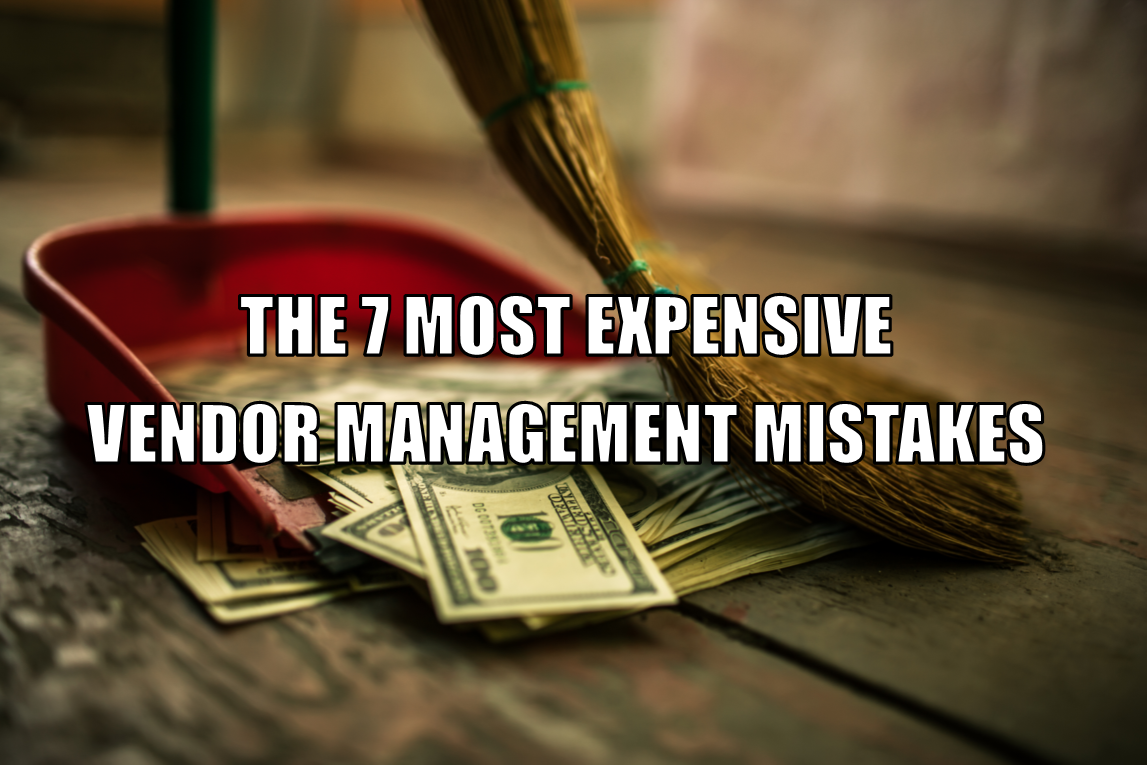 Financial institutions are full of smart professionals—straight shooters who know how to judge character and structure a deal. But even the wisest among them overlook savings opportunities when dealing with third-party vendors.

Pressed for time and facing salespeople determined to sell their services at a premium, these otherwise successful professionals can find themselves at a disadvantage and end up paying for it.