What United States Financial Institution Leaders Can Learn From Canada 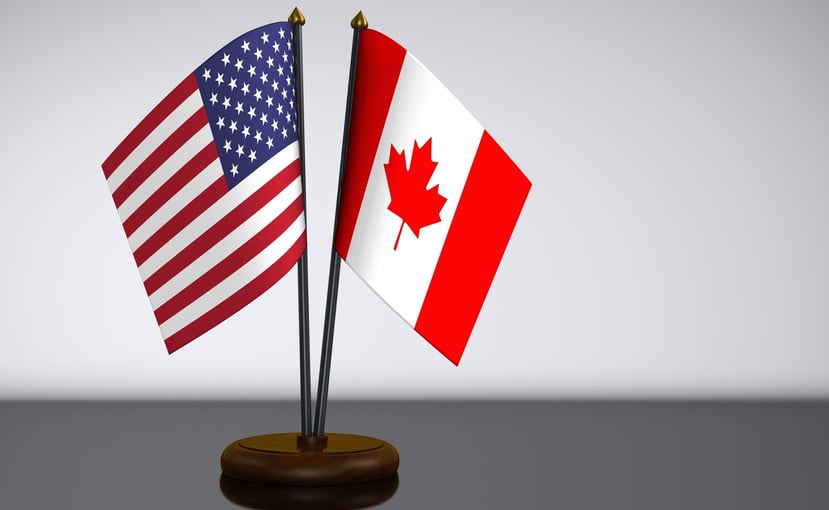 Banking is banking, right? Financial institutions (FIs) take in deposits, lend out money, charge fees for a variety of related services, and hopefully have a bit more in the till at day’s end than they started with.  So surely FIs in a neighboring country whose citizens speak the same language (mostly) and transact their business in something called dollars, would be almost identical to ours in the US, right? Nope.

After spending more than fifteen years in the U.S. banking industry, I had the opportunity to take my talents north of the border. Six years in Canada, including two working for one of the country’s major banks, helped me appreciate the subtle yet important differences in the banking environments of these two similar North American economies.

The biggest fundamental difference involves the sheer number of FIs. In this regard, Canada has more in common with European banking systems. Despite rampant ongoing consolidation, the U.S. still has more than 12,000 banks and credit unions. By comparison, Canada’s total number is less than 400. Even after accounting for population (the U.S. has nine times more people), Canada has far fewer FIs per capita.

Market concentration is also a factor. The top five U.S. institutions account for 44 percent of domestic banking assets. This figure has increased dramatically over the past decade, as several major FI nameplates vanished in the wake of the financial crisis. In Canada, the market share of the top five is nearly double that and has been for some time, as the 2008 crisis did not cause nearly as much disruption.

This degree of concentration creates a quite different regulatory environment. With fewer institutions to track, examiners develop better partnerships and a deeper understanding of their banks. Conversely, with fewer regulatory bodies in the mix, Canadians FIs typically face less onerous compliance burdens. While Canadian “safety and soundness” guidelines are often more stringent than that of their U.S. counterparts, Canadian FIs face less regulatory scrutiny on privacy, money laundering and consumer protection. Generally, there is also more decorum and less public animosity between FIs and regulators than in the U.S. Admittedly, there is some disagreement around whether this is a byproduct of the infrastructure or Canadians’ congenial reputation but nonetheless true.

Although the logistic challenge of switching banks in the U.S. is a frequent topic of discussion, customer attrition levels at Canadian FIs have been significantly lower historically. One might debate whether this is the consequence of higher customer satisfaction and loyalty or the result of fewer viable alternatives. In either case, Canadian FIs may see their numbers in this area begin to change as their Millennials population has begun to mirror the habits of U.S. citizens belonging to that demographic vis-à-vis switching institutions more frequently.

Canada also has a smaller proportion of unbanked residents than the U.S., owing in part to active programs to establish accounts for new arrivals. In fact, the U.S.’ unbanked population exceeds Canada’s total population.

“Fee” Is Not a Four-Letter Word

The differences extend to the income statements of the FIs in each country as well. For instance, single-family mortgages have long been a cornerstone of U.S. retail banking. While they are important in Canada as well, the lack of tax deductibility, larger down payments and shorter loan terms reduces the role for these instruments within Canadian retail banking. In addition, for all the talk of the Durbin Amendment and the impact to U.S. FIs from reductions in U.S. debit card interchange, Canadian banks experienced deeper cuts in this source of income even before Durbin.

Given these realities, Canadian FIs have therefore cultivated other revenue-enhancement services, often in the form of fees, identity or credit monitoring solutions. Fortunately for them – and perhaps thanks to their transparency – customers have proven accepting of this model. Many accounts include an annual maintenance fee and transaction charges for debit volumes above a nominal prescribed monthly level. Additionally, identity and credit monitoring solutions have proven popular and a good source of revenue for the FIs.

Across the border, U.S. banks have been more advanced in applying data analytics to foster cross-selling and account acquisition, perhaps due in part to the availability of larger data sets. The U.S. has also been more proactive in building out omni-channel customer experiences.

If you are interested in more details about these and other areas that differ between the two countries’ banking systems, download the white paper, What Two Years of Working in Canada Taught Me about Canadian Banking.