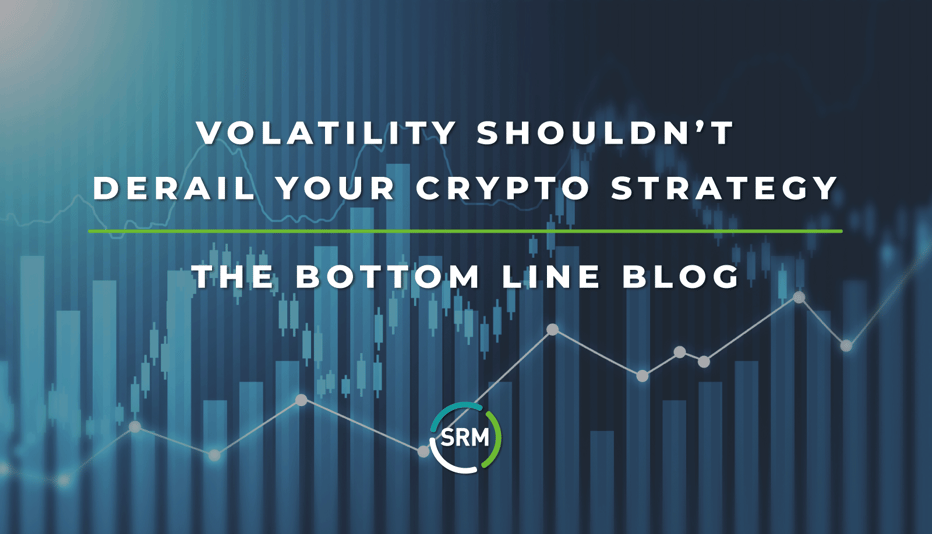 Volatility tends to be a two-way street, so the recent price correction in Bitcoin and other cryptocurrencies shouldn’t come as a shock. Still, that doesn’t take the sting out of the size and speed of the recent decline in Bitcoin, which lost more than half its value between mid-November and late January.

Banks and credit unions have begun to consider a play in digital assets after maintaining a cautious distance from crypto due to regulatory uncertainty and general risk aversion. While it is tempting to hit the brakes, we believe financial institutions should stay the course. Allow us to explain why.

A Bumpy Ride on a Clear Path

Bear in mind that Bitcoin has seen its fair share of highs and lows. The crypto asset’s price has fallen sharply three times since 2018 and eight times since its 2009 inception, in each case recouping value rather quickly. A fall of similar magnitude occurred earlier in 2021, between May and July. By mid-October, BTC (Bitcoin’s trading symbol) had returned to its spring levels before hitting an all-time high in November.

BTC has already clawed back roughly 10 percent from its late January low. Some may say, “this time is different,” and past performance is no guarantee of future trajectory. If anything, today’s crypto fundamentals provide a stronger argument for long-term support than during past corrections. The recent launch of Bitcoin ETFs and new services enabling individuals to make long-term crypto investments through their 401(k) plans point to a broader-based inflow of funds and institutional interest.

Although we’re speaking about Bitcoin here, the same logic applies to other cryptocurrencies such as Ethereum, Terra, and Binance. BTC continues to comprise nearly half of aggregate crypto capitalization – as such, it serves as the market’s “brand name” and offers the most liquidity. Over recent weeks and months, other cryptocurrencies’ price curves have behaved similarly to BTC’s.

The Customer Has Spoken

Multiple studies confirm growing interest in crypto across a broad spectrum of the American public, as well as a solid base of existing engagement. As detailed in Cryptocurrency 2022: Converting a Threat into an Opportunity, our latest trends report, some researchers have estimated that as many as a third of Americans already hold crypto assets, with even higher engagement rates among the underbanked, younger, and minority populations critical to traditional financial institutions’ future growth.

Most importantly for banks and credit unions, over 60% of Americans indicate they would prefer to conduct their crypto transactions through their financial institution. Early adopter banks rolling out these capabilities are already reporting favorable account acquisition results. Failure to add such services will likely result in customers – and their deposits – moving elsewhere.

After taking a “wait and see” approach, a growing number of banks and credit unions are making significant strides in launching cryptocurrency services through an array of partners, addressing consumer demand head on.

SRM’s latest report, Cryptocurrency 2022: Turning a Threat into an Opportunity, outlines crypto’s fundamentals and states the case for bank and credit union involvement. Despite the recent correction in Bitcoin and other crypto prices, we see no cause for institutions to change course in moving forward with a promising addition to their product portfolios.