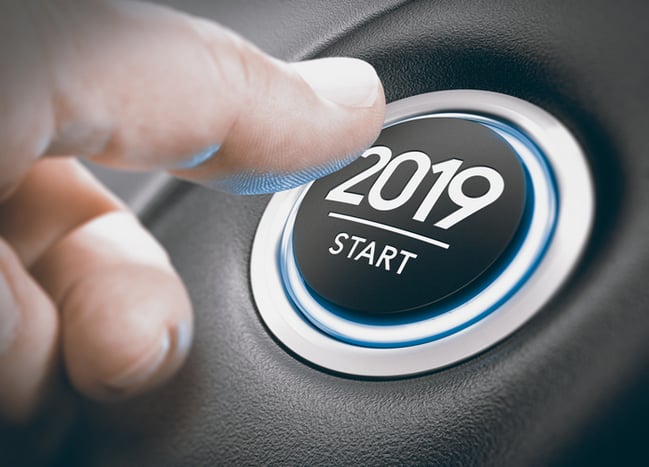 At the start of each year, SRM publishes a list of the trends that are most likely to impact the financial services industry over the coming 12 months.  The trends we described are based on qualitative and quantitative research as well as from one-on-one conversations we had with bankers and thought leaders in the industry.

For 2019, one of the overarching trends is technology.  Yes, that is rather generalized.  So, let me explain.  For some time now, and nowhere more than in digital, the general opinion seems to have been that the budgets and human resources available to the largest banks and credit unions mean they are immune from any meaningful threat from mid-tier and community-sized institutions.  It has never been that cut and dry, of course, but the ongoing evolution of technology – across a number of areas – is making the idea of ceding the game to the biggest institutions overly fatalistic.

First, there is the fact that while the too-big-to-fail group have budgets in the billions and employees in the thousands they also have an IT infrastructure that is both incredibly complex and staggeringly expansive.  The majority of their billions of dollars and thousands of employees are invested in keeping that infrastructure operating.  Sure, mid-tier and community-sized financial institutions have infrastructure upkeep as well, but as a percentage of total investment, it is unlikely to equal that of the big players, especially since the latter tends to operate highly customized environments and the former typically secures the technology it needs from product providers.

Second, new technology options have, are, and will continue to emerge, and some are particularly well-suited for mid-tier and community-sized institutions that want to compete successfully with the megabanks.  New architectures that incorporate APIs, microservices, and software development toolkits (SDKs) are being integrated into vendor offerings to give institutions flexible, faster, and simpler ways to respond to consumer demands.  In the back office, automation is lowering overhead and improving quality while cloud-based deployment models are delivering more for less than on-premises and pure hosting models do.

Third, technology’s impact in financial services will only increase, though, to the benefit of which financial institutions, is still unclear.  The proliferation of devices has not slowed; a recent Visa study shows that already one-third of consumers own six OR MORE connected devices.  Increasingly, connectivity is being extended to everything from automobiles to light bulbs.  In nearly all use cases, this connectivity has the potential to extend points of purchase, thus increasing the number of places payments can be originated.  It is nearly certain “pay anywhere and everywhere” context at some point will radically change how some or most of payments maybe processed.

None of these 2019 trends should come as a surprise to plugged-in management teams. The critical takeaway, however, is that the technology train has departed the station and is accelerating at a rate that will not be kind to those who continue to do what they’ve always done and/or decide to “wait and see.”

For more on what we see on this year's horizon, read our 2019 trends press release here.