The Latest Evolution in the Battle to Regulate Payments 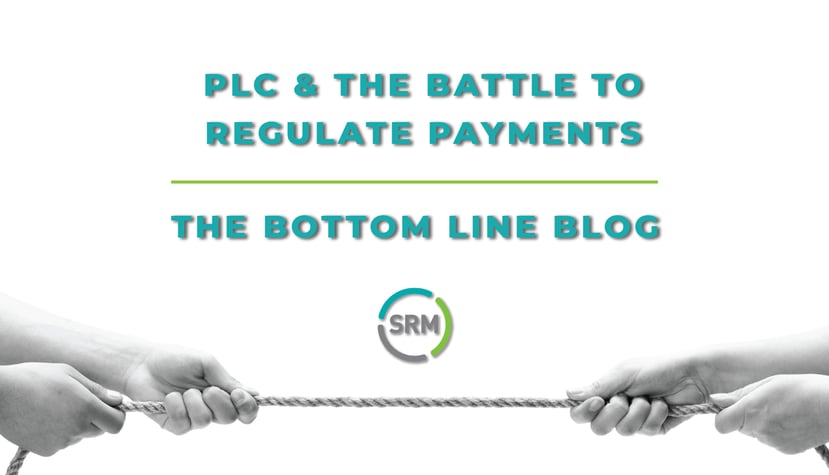 The business world is awash in trade groups and industry associations, but a new player's recent formation deserves special attention. The creation of the Payments Leadership Council (PLC) marks a significant milestone, one with the potential to shift the dynamic in the ongoing tug-of-war impacting card payments systems regulation.

The PLC brings together the CEOs of the four major card networks (Mastercard, Visa, American Express, and Discover) as well as those of the "Big Three" payment processors (FIS, Fiserv, and Global Payments). Equally notable is the PLC's appointment of Raj Date as its Founding Director. Date's past experience as Deputy Director of the Consumer Financial Protection Bureau – where he played a central role in the agency's launch – is a clear signal of the PLC's intent to engage more deeply in legislative corridors. Recent events demonstrate why this is a savvy move.

Another Wave of Regulation?

On the day of its public launch, the PLC sent a letter to Congressional leaders that referenced its mission of "promoting public policies and payments solutions that foster innovation, encourage competition, enhance security, and expand inclusivity throughout the payments marketplace." Given the essential role payments play in the economy, these are noble goals.

Two weeks later, Visa and Mastercard announced plans to forego adjustment in interchange rates for the second consecutive year, citing their desire to avoid implementation burdens on merchants during the pandemic. Soon after, news broke that the Department of Justice is investigating Visa regarding potential anti-competitive practices in the debit card market – particularly online.

While these events are formally unrelated, they're a clear indicator of the prevailing tone in Washington. Given a leadership change at the CFPB and recent headlines highlighting the risks of retail investing, governmental sentiment seems to have shifted toward increased financial services regulation.

In a recent quote, Senator Richard Durbin speculated that the payment networks might increase interchange fees to "get even" for past fee restrictions. Note, he was the architect of the 2010 Durbin Amendment that capped debit interchange fees and further implemented debit card payments regulations. Although Senator Durbin's underlying message is murky, these comments fueled predictions that existing regulations would be revisited – possibly with the scope expanded to credit or to regulate debit payments further.

Interchange in the Balance

The irony is that the payment networks don't make money on the interchange rates they seek to adjust. The 2010 Durbin amendment clarifies that fact, at least with respect to debit card transactions. Furthermore, merchants who accept cards technically do not even pay interchange; they pay a merchant discount rate to their acquirers (though acquirers often incorporate the interchange rate into the merchant discount rate).

Still, setting interchange rates is a delicate balancing act, with multiple groups (primarily merchants and issuers) to satisfy. If interchange rates are set too high, merchants have the means to shift payments to other channels, which would be in neither the networks' nor issuers' interest.

Alternatives to traditional card rails are rapidly emerging. PayPal has established itself as a viable competitor, and the "Buy Now Pay Later" category has gained enough traction that segment standout Klarna advertised on this year's Super Bowl. Other point-of-sale lenders like Afterpay and Affirm are also making inroads.

Conceivably, the PLC may evolve to serve as a counterbalance to the Merchant Advisory Group, which has successfully steered the narrative around interchange in the absence of a coordinated message communicating another perspective. With this information, we foresee that there are still battles to be waged – both in the halls of Congress and in the court of public opinion.

The card networks took a legislative beating in 2010, and the formation of the PLC is clearly an attempt to position themselves more strongly for what is perceived to be "Round 2" of Durbin. Although skirmishes surrounding the Durbin Amendment's enactment may be fading into distant memory for some, signs abound that both camps are girding for another round of battles. SRM is closely monitoring developments with both the PLC and those on the legislative front.