The Cautionary Tale of Robinhood and Its Dealings With Financial Regulations 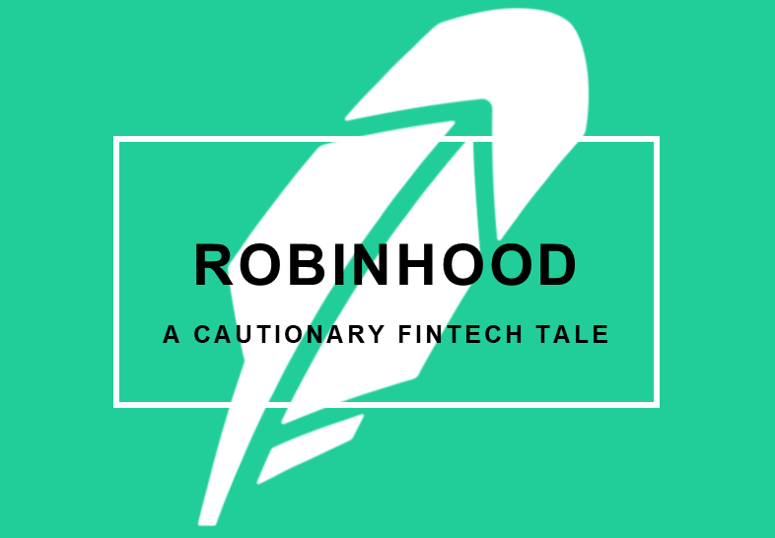 The “hawks versus doves” debate regarding financial institutions and FinTechs has been raging for years. Are these startup firms (and even some established industry service providers) that seek to reinvent financial services actually out to steal banks’ and credit unions’ lunches? Or is there more that unites these groups than divides them, creating opportunities for synergy and collaboration? The recent turmoil surrounding Silicon Valley unicorn Robinhood provides ammunition for both sides of the argument. More importantly, the firm’s ill-fated first attempt to expand from retail brokerage into consumer “cash management” is a case study that holds important lessons for all parties.

For the Masses, Minus the Main Street

Robinhood is a trading app with a stated mission of enabling investing for the masses. It allows consumers to trade US stocks and ETFs from a smart phone or desktop platform without paying commission. Launched in 2013, the company quickly joined the ranks of the unicorns, or venture capital-backed startups worth at least $1 billion. By mid 2018, its valuation had reached $5 billion.

At that point, large institutions with brokerage units sensed the threat, but it narrowly registered with community banks and credit unions. That changed in late 2018, when Robinhood announced plans to launch “no-fee checking and savings accounts” with 3% interest—several times the prevailing rate.

Suddenly, a key source of funds was under attack, as well as relationships with the target millennial demographic, just as its members were reaching the point in life when they’d need more financial services. Robinhood was taking from the rich, but only if you defined the rich as Main Street financial institutions. And they were setting up shop without the cost or community engagement of a main street storefront.

Regulation: How Tricky Can It Be?

Robinhood overlooked one tiny detail: it is not a bank-it is a brokerage firm. As the copious fine print on its homepage makes clear, the startup is a member of FINRA and SIPC, which protects securities customers. This is very different from the FDIC, who insures deposit accounts up to a fixed amount. Robinhood’s positioning of its new checking and savings products gave many the impression that balances would be “federally insured.”

Whether there was an intent to mislead, a failure to communicate clearly, or just some fundamental lack of understanding about the responsibilities of the two entities, the last thing an upstart financial firm eyeing an IPO needed was to run afoul of regulators. Robinhood quickly backpedaled, stating that its initial announcement “may have created some misimpressions.” Details of checking and savings were scrubbed from the website, although a cash management product is still listed as “coming soon.”

While Some Gloat, Others Pivot

Crisis averted? That remains to be seen.

It’s tempting to poke fun at Robinhood for failing to appreciate the nuances of well-known financial regulations, but it’s hardly a constructive response. Instead, isn’t this scenario proof that financial institutions still have advantages that FinTechs should covet? Namely, the infrastructure and expertise to navigate complex regulatory and compliance landscape in financial services. Why not see this as value to be gained by FinTechs through establishing partnerships with financial institutions?

The prevailing trend is this: FinTechs want to work with this compliance umbrella and ready-made distribution system, and banks and credit unions want innovation that, in the case of Robinhood, is perfect for attracting and retaining millennials. Besides, it’s not as if Robinhood is likely to retreat permanently. We’re reminded of Square’s early days in which bankers audibly chuckled at the gaps in Jack Dorsey’s business model during conference presentations. Dorsey took these teachings back to his team, retooled the offering, and corrected their course with a model that silenced the jeers at Square’s expense.

The Bottom Line: The reinvention of financial services is inevitable. The extent to which it occurs within the traditional banking structure, whether through newcomers like Robinhood or via partnerships between them and financial institutions, remains an open question but one for which some main players are already working to answer. Early bird and all that…