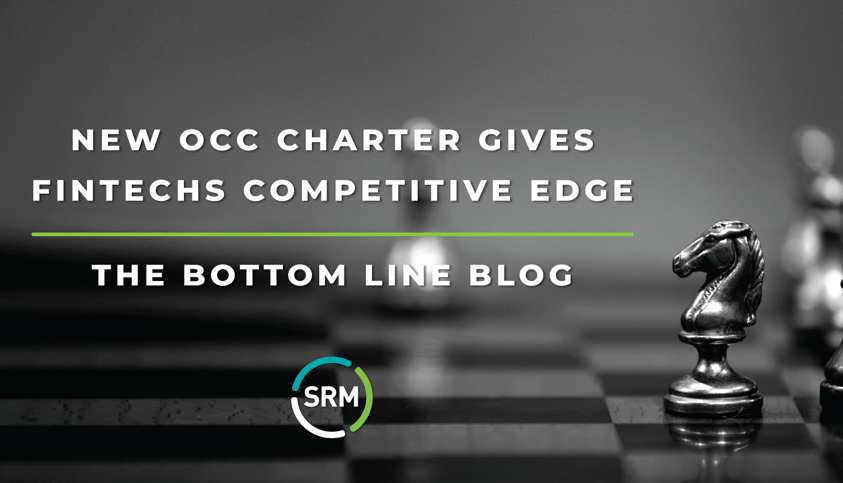 In December 2016, then-Comptroller Thomas Curry formally announced plans for a specialized fintech charter. In 2018, the OCC introduced a special-purpose bank charter that would not require deposit-taking. The agency also approved trust charters for a pair of cryptocurrency companies, including one for Figure Technologies

This led to litigation by various entities representing state bank regulators. The Conference of State Bank Supervisors (CSBS) filed a lawsuit in the U.S. District Court for the District of Columbia in December claiming that Figure Technologies is basically trying to secure a fintech charter, while asserting that the National Bank Act doesn’t allow OCC to create one.

Additionally, the New York State Department of Financial Services (NYSFDS) filed a lawsuit asserting it has the explicit authority to charter financial institutions that do not accept federally insured deposits. A federal judge agreed with the NYSFDS in a fall 2019 ruling, but the fight wasn’t over.

In 2021, the debate over fintech charters has intensified.

First, the OCC had a leadership change when Acting Comptroller Brian Brooks, a fierce charter advocate of the fintech charter, stepped down in January – banks are hopeful that Acting Comptroller Michael Hsu might back away from the concept.

In early May, the Federal Reserve joined the discussion, inviting public comment on proposed guidelines for evaluating applications from companies with novel charters. The notice stated that the Fed is “receiving an increasing number of inquiries and requests for access to accounts and services from novel institutions.”

Next, an appeals court on June 3 reversed the 2019 victory for the NYDFS, with a three-judge panel ruling that the agency could not claim any harm since the OCC had not yet approved any fintech charters.

Even the CSBS agreed to a 90-day stay of its lawsuit as the OCC reviews its chartering policies, leading to speculation that the agency could backtrack.

Fintechs Are Already in the Arena

Fintechs such as neobanks, challenger banks, and crypto startups are generally IT-based companies focused on banking and nonbanking verticals like lending, wealth management, and foreign exchange.

Many of these companies have found ways to enter mainstream banking. The FDIC has approved Square and Varo for deposit insurance. LendingClub and GreenDot obtained bank charters from acquisitions, and SoFi has a pending application to buy Golden Pacific Bank. Other fintechs use sponsor banks. The OCC granted national trust charters to Anchorage and Paxos.

We predict fintechs will continue to gain more market share in payments, lending, and trading. The outcome of the legal debates, and any change in plans at the OCC, will decide how soon this will impact traditional community lenders.

The (Digital) Rules Have Changed

Banks and credit unions, along with state regulators, have argued that obtaining a specialized OCC charter could provide fintechs with advantages beyond access to FDIC deposit insurance.

They often cite preemption – that federal supervision supersedes state oversight – to argue that companies with a fintech charter could sidestep state laws that deal with usury caps and consumer protections.

Those who back the charter argue that a single set of federal rules could simplify the regulatory landscape for fintechs, rather than forcing them to follow a hodgepodge of state regulations. Over-regulating fintechs could also stifle innovation, allowing other countries to take a commanding lead when it comes to delivering products and services.

The Fed proposal had a 60-day comment window, so the agency could take action later this year. As part of the temporary truce between the CSBS and the OCC, the parties agreed to provide the court with an update by September 27.

Fintechs, challenger banks, and neobanks will continue a steady march into mainstream banking, and the outcome of litigation around the OCC’s fintech charter could provide a competitive edge.

As new champions enter the arena, FIs must prepare for intensified competition and form strategic partnerships to bolster digital offerings and enter new verticals. Rather than using the age-old strategy of pitching loans and products, the focus must be on resolving specific pain points for clients and prospects, paired with innovative solutions.

Consider using an upcoming strategic planning session to run through the best, worst, and most likely case scenarios for when new competitors gain more traction.

The SRM team will continue to monitor the situation and provide guidance to our clients. For specific advice on building (or rebuilding) to operational excellence after COVID-19, read our latest white paper.

For more on this topic from the author, read the blog post: How FIs are Exploring Fintech.