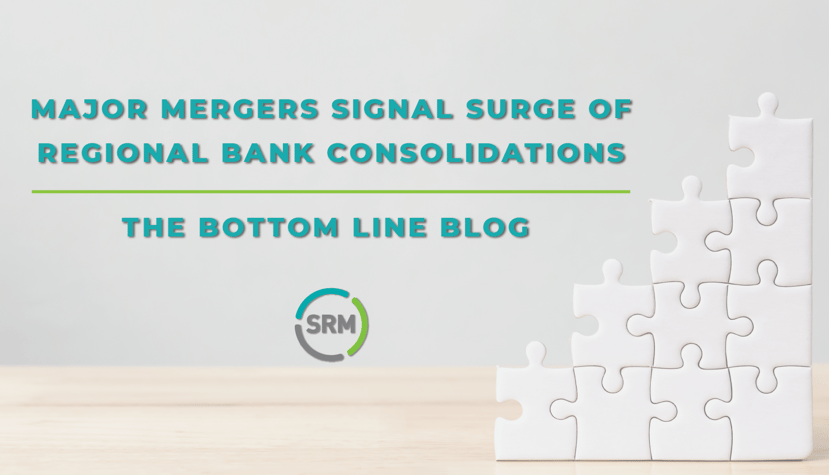 Though the pandemic caused a slowdown in banking industry consolidations, a recent surge of M&A activity is already breaking records. New data published by S&P Global shows M&A transactions delayed by the pandemic are not only pent-up in numbers, but they’re also getting bigger - extending to regional and super-regional banks holding $10 billion to $1 trillion in assets.

The number of US financial institutions has halved since their 1990s levels, with the current count of banks and credit unions hovering around 5,000 each. Up against the fixed costs of compliance, significant overhauls of legacy systems with new digital offerings, and pressure on non-interest income, much of this consolidation has been among community and smaller regional institutions until recently.

After a brief lull in activity in the second quarter of 2020 prompted by the pandemic’s uncertainties, the last few months have brought news of substantial combinations. Since then, 115 transactions have been announced with a combined value of over $45 billion. The last time quarterly transaction value reached this level was in early 2019 when BB&T and SunTrust announced a merger of equals to become Truist Bank. 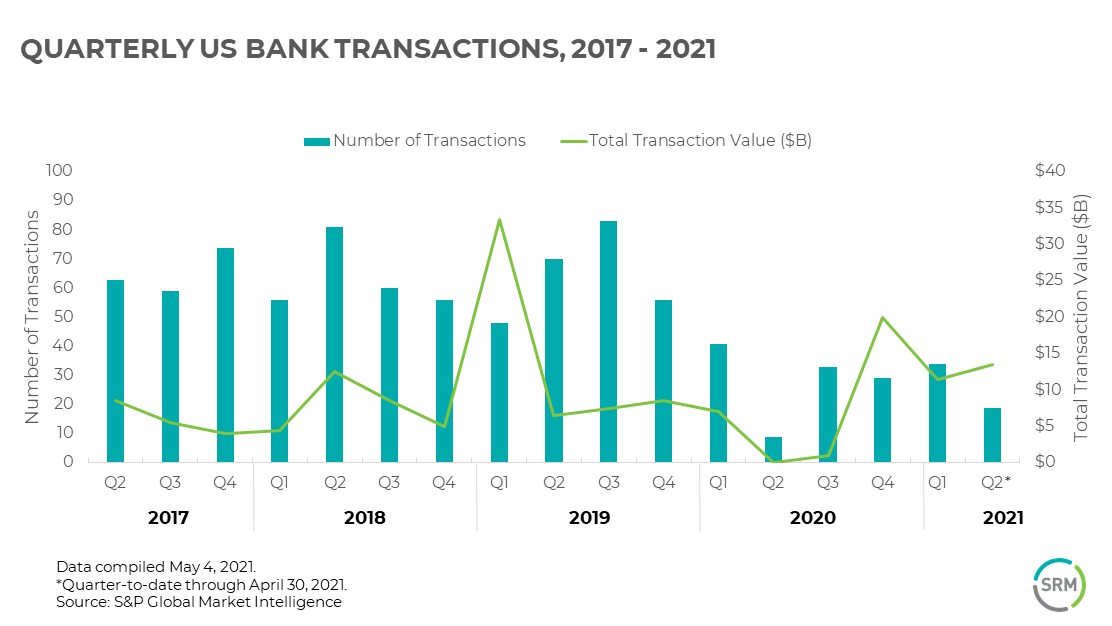 This has been quite a flurry of activity, especially when considering the relatively limited number of US institutions that fall into the regional bank range. This trend is projected to continue since few in this group want to be left without a dance partner. Some are even telegraphing their intentions - before acquiring BBVA, for instance, PNC announced it was selling its stake in BlackRock to free up capacity for potential investment opportunities.

The following explores the factors behind this sudden flare-up in a regional banking arms race.

The Relentless Pursuit of Scale

The same scale concerns bedeviling community institutions are now impacting the regional players. Their new growth path means training to go toe-to-toe with the big boys, many of which are aggressively expanding their footprints in the most attractive markets. At the same time, digital offerings from a new breed of challenger banks threaten to erase the very concept of a physical footprint and presence, as well as significantly enhance expectations related to customer experience.

For a regional bank, a well-matched consolidation can round out both geographic coverage and product suites. For instance, when announcing its deal with CIT, First Citizens emphasized how its retail deposit base meshed well with CIT’s nationwide commercial lending franchise.

Transaction announcements tend to also emphasize the combined institutions’ leadership position in strategic markets. When Huntington and TCF announced their combination, they highlighted their combined #1 retail deposit rank in Ohio and Michigan as an attractive facet.

Through M&A, banks and credit unions can also refresh their terms with major vendors to generate cost synergies, which often complement major technology upgrades and data initiatives. Further, in an environment where top talent remains at a premium, M&A can work in securing valuable human resources as well.

Throughout the 1990s, Bank of America cemented its leadership position by applying a regimented top-down integration methodology to an ongoing parade of small acquisitions. This recent wave qualifies more as “mergers of equals,” playing out like 2019’s high-profile combination of SunTrust and BB&T to form Truist. And whether a transaction is pitched as a merger or acquisition, with sizeable institutions, many decisions are made. In the case of Huntington, the bank is about twice the size of TCF, but enough heft exists on both sides of this transaction that they’ll likely play out more like mergers than acquisitions.

Whichever term you choose, integrations of this magnitude are complex and time-consuming – starting with reconciling the cultures and processes. System integrations are notoriously tricky, with multiple third parties and countless pockets of home-grown code to consider – even before tackling the broad technical overhaul often at the core of these transactions.

Don’t forget facilities implications, including likely overlaps in branch footprints and decisions regarding headquarters locations, as well as flagships for various business units. Truist Bank opted to plant its headquarters in a new city apart from those of its predecessor FIs.

Despite best efforts to insulate customers from the process, these factors carry potential impacts, including new account numbers, closed branches, and a new nameplate. Along with the threats posed by newly bulked-up competitors, the near-term static may well create opportunities for market incumbents. 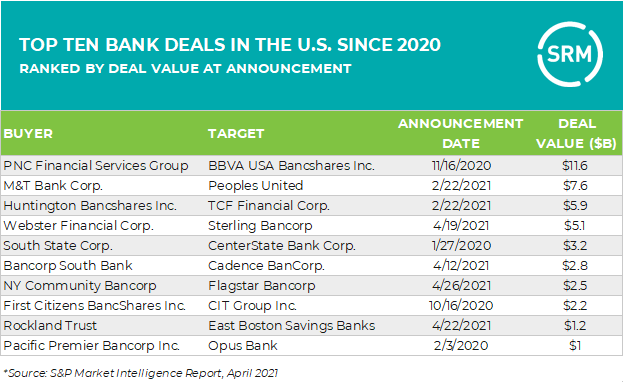 Now that the race has accelerated, we expect to see even more deal activity among regional and super-regional banks in the coming months. This is likely to alter the competitive dynamics across many markets – including for institutions that aren’t buying or selling.

Mergers and acquisitions delayed by the pandemic are coming back with a vengeance – and they’re getting more complex. For all but the largest banks and credit unions, this means many more will be knocked out.