How to Navigate the Shifting Winds with Overdraft Fees 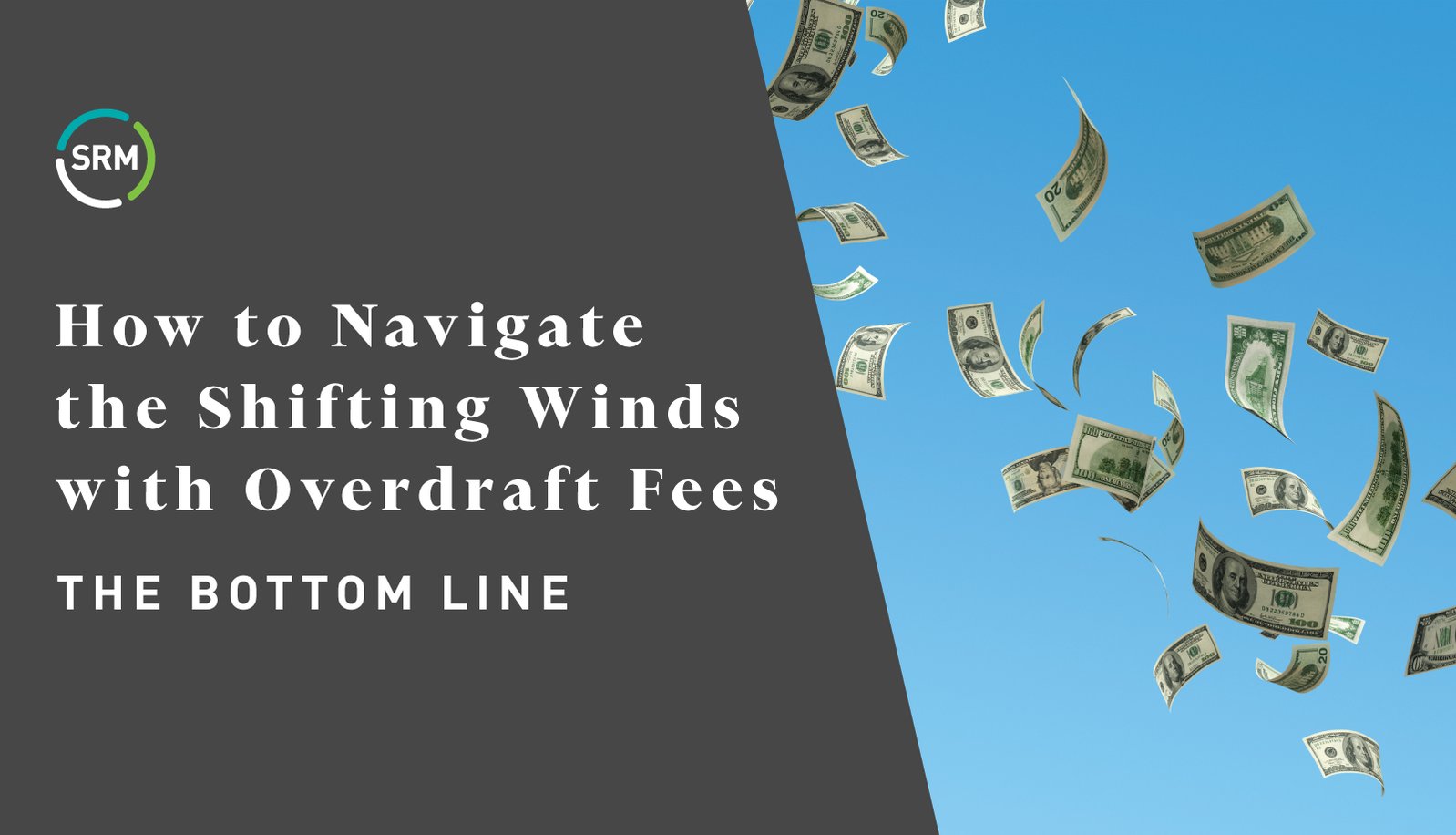 Several high-profile banks, including Capital One, Citigroup, Wells Fargo, and Bank of America, have announced plans to either eliminate or dramatically reduce overdraft (OD) and nonsufficient funds (NSF) fees. It could be argued that these banks made this leap before regulators, including the Consumer Financial Protection Bureau (CFPB) and the Office of the Comptroller of the Currency (OCC), required them to do so.

In 2019, the CFPB estimated that banks and credit unions generated about $15.5 billion in NSF/OD fees. Given the robust corporate banking revenue contribution, these fees, while significant, comprise a smaller share of overall revenue at larger banks (estimated at roughly 3%-6%). The impact on community banks and credit unions with a smaller corporate bank contribution could be significantly more. While changes are afoot, SRM believes financial institutions can address regulatory concerns and improve customer experience without fully relinquishing this important revenue stream.

Recent NSF and overdraft fee data paints a mixed picture but shows why the category is a frequent target of consumer advocates. According to a CFPB study, overdraft and NSF fees account for two-thirds of banks’ consumer deposit revenue. The $33.58 cost of an average NSF fee has risen more than 50% since 2008 – roughly double the rate of inflation. On the other hand, industry-wide NSF fees fell by 26% in 2020 from a year earlier, a likely byproduct of higher deposit balances and consumer savings fueled by pandemic stimulus payments and a greater willingness to waive fees during the pandemic.

The true hot button is the disproportionate impact these fees impose on a small subset of consumers. A 2017 study by the CFPB found that 9% of account holders generated 80% of industry overdraft fees. Additionally, the average debit card and/or ACH charge that caused an overdraft was between $24 and $50, and more than half of those customers had achieved a positive balance within three days. Other research indicates that the option remains cheaper than alternative models (e.g., payday lenders) available to “paycheck-to-paycheck” consumers and that many consciously elect occasional overdrafts as a necessary money management tool that provides a service they are willing to pay for. Nonetheless, the OCC concluded that some overdraft practices promote income inequality.

A Fine Climate to Act, Not React

OCC Acting Director, Michael Hsu, has publicly acknowledged that eliminating the ability for consumers to incur overdrafts is not a viable solution because it would limit financial capacity. It would also push these consumers to seek short terms loans from non-traditional lenders, which typically has worse consequences for these individuals. In other words, enabling a consumer to overdraft is a value-added service that the consumer is willing to pay for. The acting controller suggested several areas where overdraft policies could be modified to support consumers’ financial health. These include real-time alerts of a low balance and/or overdraft situation, a brief grace period to resolve an overdraft status before assessing a fee, allowing negative balances without triggering an overdraft fee, proactive education, and limiting the number of overdraft fees on a given day.

These comments imply that the OCC is interested in reforming rather than eliminating the overdraft practice. Several proposed adjustments require technology that may not be feasible at smaller institutions, though it is available from multiple sources. It’s easy to see how implementing such features would yield benefits in satisfying regulators, enhancing the customer experience, maintaining parity with large competitors, and preserving a key revenue stream. The key is to research what is causing issuers’ customers to trigger these fees and develop solutions that are specific to the institution.

Today’s rising rate environment offers a window to tackle these challenges. Financial institutions rely more heavily on non-interest revenue when low net interest margins, whether by design or simple mathematics. With rates increasing for the first time in years, banks and credit unions may be better equipped to absorb a nominal reduction in NSF and overdraft revenue. It also means that low-cost deposits will have more value, creating greater incentives for FIs to retain those funds through an improved customer experience.

Given the increasing visibility of NSF and overdraft fees, financial institutions should expect significant regulatory scrutiny into related practices in the months ahead. Despite the well-publicized actions of a few high-profile players, we do not foresee regulators mandating the elimination of such fees.

Thoughtful approaches to education, pricing strategy, and proactive technology engagement could appease the regulatory concerns while leading to a better customer experience which is a win/win outcome for FIs and consumers.

To learn more about this topic, please contact Keith Ash.