How a CBDC Could Disrupt the US Financial System 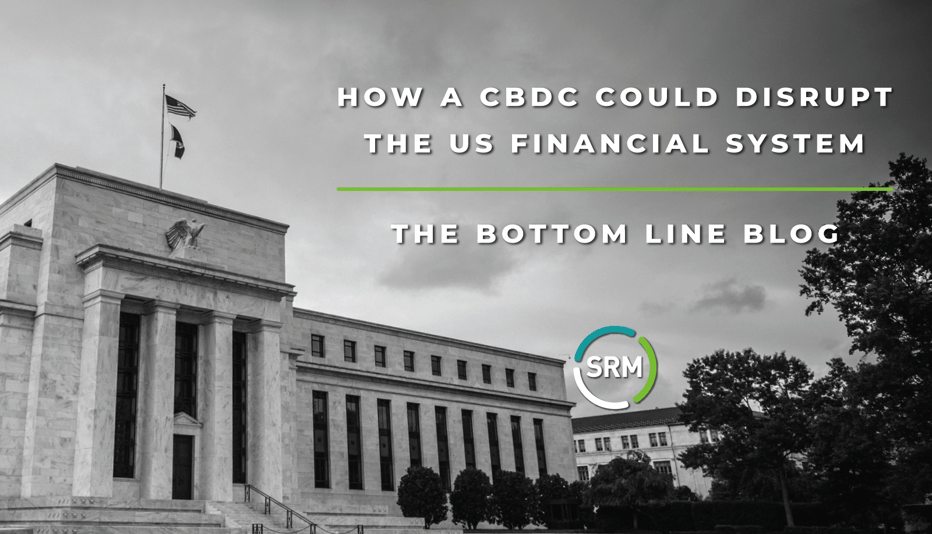 Creating a US central bank digital currency (CBDC) could have several benefits; however, it would also cause a plethora of systemic challenges for the existing financial system.

The Federal Reserve recently put out a 40-page report outlining its views of the pros and cons of a CBDC, including a request for comments that respondents must provide by May 20, 2022. The crypto advisory services team at SRM expects most respondents to be financial institutions and crypto firms – and that many of them will approach the situation with a skeptical view.

The Fed spent considerable time in the report extolling the virtues of a CBDC, including the potential for cheaper and faster transactions, before declaring that it has no plans to issue a CBDC “without clear support” from the White House and Congress, “ideally in the form of a specific authorizing law.” It also emphasized the need to protect privacy.

Financial firms already dealing in crypto would argue that the current system allows for efficient transactions and that great strides have been made to provide safeguards. For instance, a 2021 report from blockchain research firm Chainalysis found that the criminal share of crypto activity was just 0.34% in 2020 (down from 2.1% a year earlier).

While we could see value on a wholesale level, which in theory could be more easily secured, a CBDC on a retail level could create privacy concerns and could be employed as a political tool.

A CBDC would have several benefits – for the Federal Reserve and the federal government – in terms of taxation, monetary policy, and fiscal flexibility.

At the same time, it could create an unpopular competitor to the existing financial system and spur debate along the lines of direct SBA lending and using the US Postal Service to provide banking services. In other words, it will be challenging to structure the CBDC in a way that doesn’t compete with what is currently in place.

Another unanswered question involves the type of blockchain to use. One could assume the CBDC would use a permissioned/private blockchain, which would allow specific actions to be performed only by approved participants. Another option is a permissionless blockchain, similar to what existing cryptocurrencies and stablecoins utilize, which provides much greater privacy.

A CBDC could lead to more deposit outflows and liquidity issues for banks and credit unions, and financial institutions would likely have to change how to settle transactions. Necessary technology enhancements would, of course, increase operating costs.

A final possible concern that could arise in the responses would involve the government’s track record when it comes to timely innovation. For instance, the FedNow payments platform has been in the works for years, with a possible 2023 rollout. Could this result in the same scenario?

Our take shouldn’t be viewed as a stinging indictment on CBDCs. The point is to convey the concerns we believe banks, credit unions, and crypto specialists will raise between now and the end of May. Addressing these concerns will be a critical factor that the Fed and legislators must consider as they proceed with any plan for a CBDC.

SRM intends to submit our own comment letter, as we monitor this issue closely. We are available to walk you through the intricacies of the Fed report as you consider responses on behalf of your institution or association.