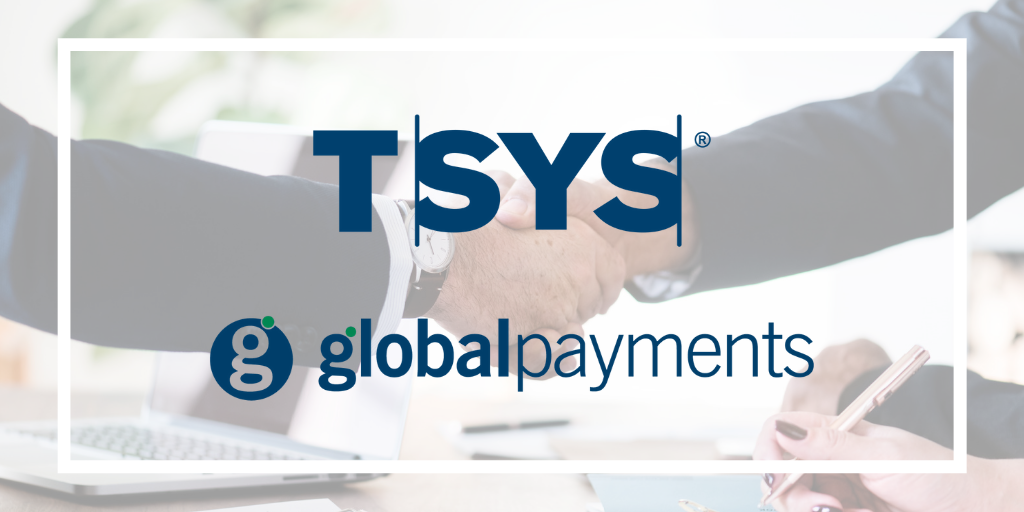 Let’s consider the likely impact of the Global Payments/TSYS merger, how it stacks up against the FIS and Fiserv deals, and their cumulative effect on the banking market.

Now for the “Pure Play”

The Global Payments/TSYS entity will be the only one focused solely on payments; CEO Jeff Sloan emphasized this point on the investor call following the deal’s announcement. By contrast, Fiserv and FIS also operate significant business lines offering core platforms and ancillary banking services. Global is positioning itself as the “payments pure play.”

The key to this combination is that TSYS’ historical focus has been on the card issuer (bank/ credit union) side, compared to Global Payments’ toehold in merchant acquiring. Bringing these two sides of card processing under one roof has merit, with particular upside in the commercial payments segment. Financial institutions with large merchant processing portfolios likely have sizeable commercial payments businesses as well, creating a cross-sell opportunity for the combined entity.

The overlap between TSYS and Global’s existing businesses is on the merchant acquiring side. This is borne out by their more modest commitments to deal synergies, $100 million in annual revenue, and $300 million in cost savings. By contrast, both FIS and Fiserv promise $500 million of additional revenue generation, and Fiserv projects $900 million in expense reductions. (FIS’ cost bogey is $400 million.) Global/TSYS narrows this gap a bit by promising to deliver benefits in three years versus a five-year runway for the other two.

Many of these savings inevitably occur through elimination of redundant corporate overhead. However, rationalization of existing platforms – particularly on the merchant side – is also likely. TSYS maintains four card issuer platforms (five including Netspend, its 2013 foray into fintech acquisition). While a near-term reduction of issuing platforms is unlikely, there is reason to expect a sharp curtailing of investment in aging platforms.

All three companies tout investment in next-generation technologies as a major component of their go-forward strategies. Delivering on this vision while simultaneously cutting costs will require close scrutiny of existing run rate expenses.

The impact of these recent mergers on financial institutions won’t be felt immediately. After all, none of the transactions are slated to be finalized until late 2019, but they certainly raise warning flags – particularly for smaller institutions.

The already ongoing downward trend in the number of debit networks may gain momentum, limiting issuer options and competition for their business. The potential for channel conflict exists in some value-added reseller (VAR) relationships, especially given the overlap between Fiserv and First Data. Smaller institutions may also face unwelcome conversions if and when legacy platforms are retired.

Merchant acquiring is among the highest revenue and margin generating payments verticals. First Data has faced grumblings for years from issuer clients who believed investment priority was directed toward its merchant processing unit; it’ll be interesting to see if TSYS now encounters similar complaints. Overall, these firms will redouble relationship management efforts across their client bases. In an era of scarce resources, however, the largest customers are bound to receive priority treatment.

The Bottom Line: The competitive landscape for bank and credit union service providers – in both card processing and core systems – has been dramatically and permanently altered by these acquisitions. With so many game-changing consolidations and heightened stakes, it is more critical than ever that banking leadership takes into account changes in the market for their payments and contract management strategies.