Despite Crypto’s Correction, No Change to Fundamentals 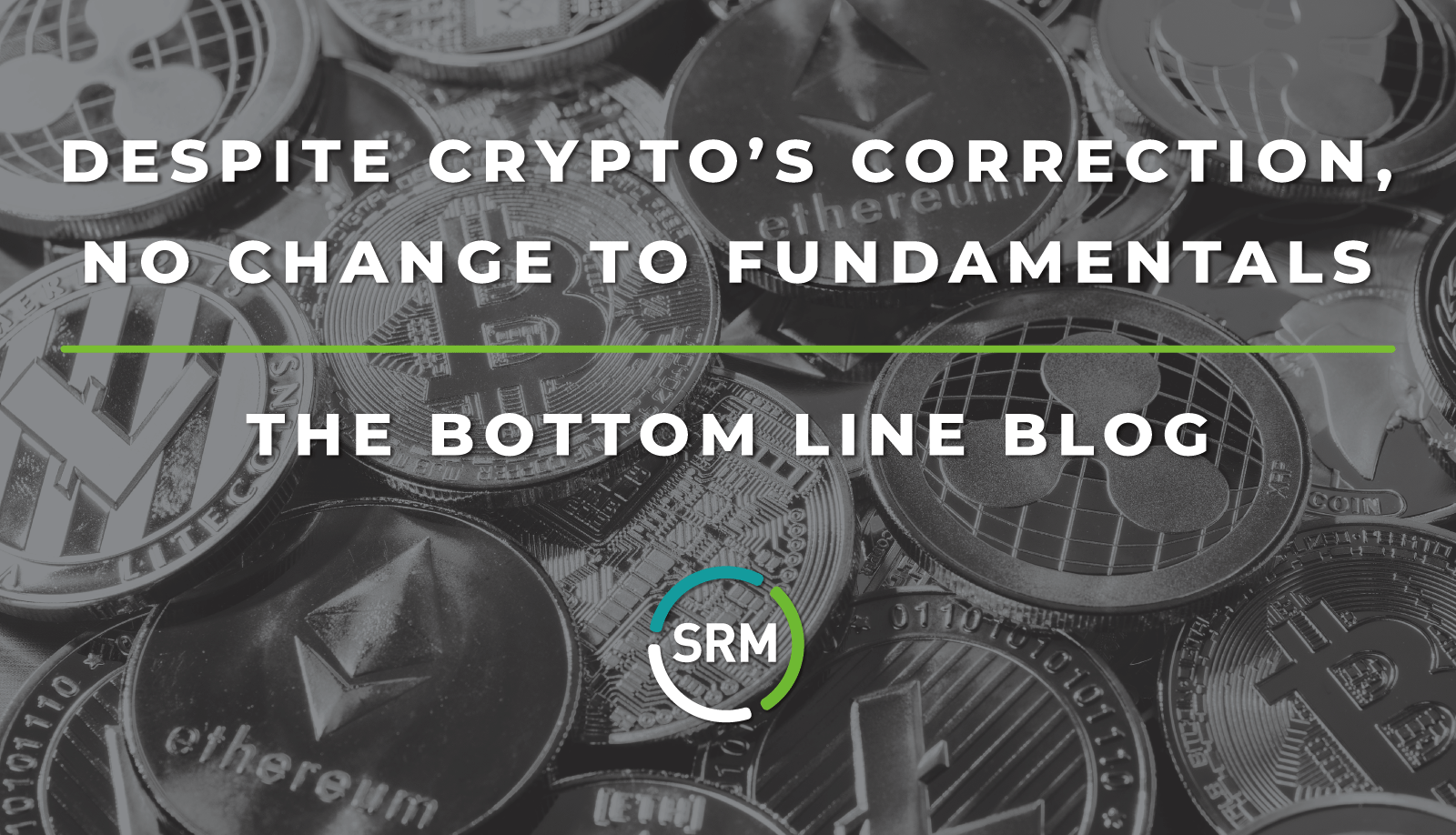 Bitcoin has lost half of its value since reaching an all-time high mid-April. Although one might think this setback would cast a pall over a gathering of cryptocurrency enthusiasts, the overall tone of Coindesk’s Consensus conference in late May remained constructive and upbeat.

For those keeping their eyes on the prize, these two paths are not contradictory. Crypto’s long term value proposition hinges on its adoption as a means of exchange, not its volatile pricing as a speculative asset class. And there’s no sign of slowing down among large financial institutions and scrappy entrepreneurs creating trading and custody platforms and expanding payment capabilities for digital coins. These are the areas where banks and credit unions of all sizes need to take note.

Some of the presenters at Consensus drew lighthearted comparisons to architects debating what to build from the rubble of the Roman Empire. The metaphor works as a joking reference to crypto’s recent across-the-board plummet. It also describes the US’s antiquated payment rails, which still get the job done but are clearly approaching the end of their usefulness.

It wasn’t just hoodie-wearing disruptors looking to upend the status quo, either. Existing mobile wallet providers PayPal, Square, and others have built or are building capabilities for customers to use their crypto holdings for everyday purchases. For now, currencies like Bitcoin will be converted to US dollars behind the scenes before the transaction is completed. In the future, vision payments will clear in the native crypto, allowing buyers and sellers to avoid cross-border and interchange fees which could conceivably be replaced by other pricing schemes.

The initiatives being undertaken by financial institutions – including Visa and Mastercard – mostly involve stablecoins or central bank digital currencies (CBDCs). This incremental approach is logical for established players, removing the volatility of an entirely new means of exchange like Bitcoin or diem (Facebook’s scaled-back global currency previously known as Libra). It will be interesting to see how these competing models evolve and coexist.

A common challenge currently facing banks and credit unions across the spectrum is a highly unusual influx of deposits and not enough lending opportunities to put these funds to use. This can be attributed largely to households that received stimulus payments while they were also reducing discretionary spending due to the pandemic.

We’ve already written about the exponential growth of decentralized finance, or DeFi. If this trend continues at anything approaching the existing pace, don’t expect the deposit and loan imbalance to self-correct. It could worsen, as loan demand is siphoned off by the DeFi space, where suppliers of capital (depositors) can command higher yields and borrowers pay lower rates by cutting out the middleman (the bank) and associated overhead.

It’s these types of open source blockchain applications that energize the innovators who gathered at Consensus. The solutions don’t necessarily require cryptocurrency, but it’s a logical extension. This speculative piece posted at Coindesk’s site paints a compelling picture of how the financial services world might look a decade from now. Hint: banks and credit unions, to protect their existence, will evolve to look and function more like software companies (more on this in a future post).

The future role of Bitcoin and other digital assets make vendor assessments more critical than ever for banks and credit unions. As we’ve discussed, digital currencies and DeFi are poised to play meaningful and, likely, competing roles in the banking ecosystem. Although it’s not yet clear what form these innovations will ultimately take, insight into vendors’ product roadmaps will be essential for institutions plotting their own fintech paths forward as they cannot afford to find themselves hamstrung when the time comes to roll out new capabilities.