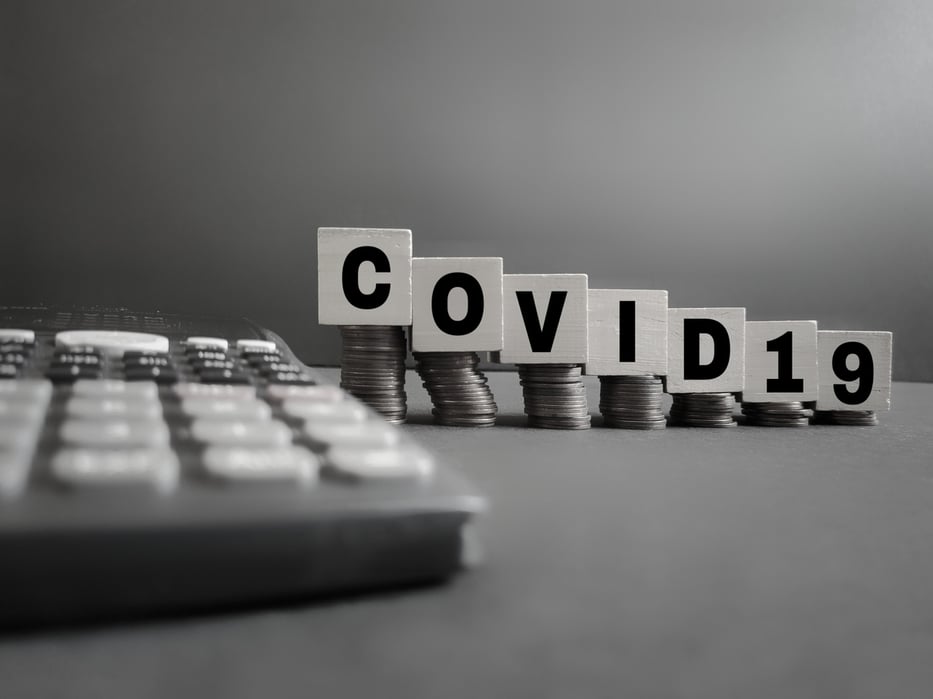 In the months since the pandemic was announced, SRM’s experts have weighed in on the operational impacts of COVID-19. We also gathered perspectives from a cross-section of banks and credit unions through a survey conducted in the early days of shelter-in-place orders (results from survey 2 coming soon). Now that the bills have come due for April and May, we noticed some unusual emerging trends in the invoice tracking data.

Hard data on how predictions are playing out in the marketplace has been in short supply, but, given SRM’s role helping our bank and credit union clients with vendor management, a recent internal data analysis had opened a unique window into some of these aggregated trends. Note, these are very early indicators and are based on a small sampling of activity reports from community institutions (from $500 million to $1 billion in assets). Even so, they are already providing valuable insights into the future of consumer purchasing behaviors.

According to SRM’s invoice tracking data, in the month of April – our first true nationwide quarantine in living memory – credit card transactions declined dramatically from both prior month and prior year levels, usually by more than 20%. Although debit transactions were also down, these drops were confined mainly to single digits. Meanwhile, e-commerce spending skyrocketed while physical store sales tanked…except for grocery stores.

May’s retail activity brought relatively upbeat economic news, with surprising spending pattern shifts. Suddenly, debit spending was in decline by as much as 20%. Meanwhile credit spending rebounded, though remained short of pre-quarantine levels. Some have speculated the late April arrival of government stimulus payments may have influenced this behavior.

SRM’s analysis of invoice impacts has revealed that the asset size of financial institutions is not as important as geography. Banks and credit unions in the South generally saw fewer extreme swings (downward in April/upward in May) than counterparts in the Northeast, which faced stricter public health measures. The degree of lockdown appears to have been the primary driving factor rather than severity of outbreak.

The analysis also reflects that fewer transactions processed leads to lower expenses. Indeed, financial institutions’ card processing invoices for April activity were 10-25% below established run rates. While this is a silver lining on one level, it nonetheless implies foregone profit since banks and credit unions presumably earn margin on these transactions. Since invoices also include fixed components, overall amounts owed to processors did not decline as much as volumes.

Another interesting aside: many financial institutions pay tens of thousands of dollars monthly for account holder redemptions of rewards balances. With travel essentially on hold, this line item has largely dried up. Yet, redemptions for other reward categories have yet to post an offsetting rise. Apparently, consumers are content waiting for that eventual getaway.

Other banking vendor invoice trends provide interesting insights as well. Conventional wisdom holds that mobile banking usage spiked during the pandemic. Although app downloads rarely trigger a fee, they’re often tracked on invoices. Surprisingly, downloads have continued at the same nominal upward trend as before the pandemic. This implies that new users already had banking apps loaded but weren’t actively engaged until now.

Although online banking activity does show an increase, it hasn’t been as pronounced (yet) as many likely expect. Fortunately for community institutions, internet banking is usually tier-structured rather than unit priced. So, much of the capacity is built in and the nominal volume increases of April and May haven’t equated to higher bills. It’s also possible that new user activity was offset via reduced sessions by seasoned users, who made fewer purchases and therefore had fewer reasons to check balances.

As for consumer checks, orders continued a gradual downward trend, but don’t appear to have been expedited by COVID-19. On the other hand, since cash ATM withdrawals went down sharply – including from non-account holders, there has been a noticeable reduction in fee revenue.

The Bottom Line: According to SRM’s recent post-pandemic invoice data analysis, change is quantifiably here. These are only early indicators based on a sample of dozens, but in a volatile market starved for data, their implications are not insignificant.

To help us provide even more market insights, SRM has released a second survey asking financial institutions to weigh in on the post-pandemic road to recovery. We welcome our bank and credit union networks’ input and look forward to sharing those results in just a few weeks.