Contract Management: Dealing with a Growing Number of Vendors 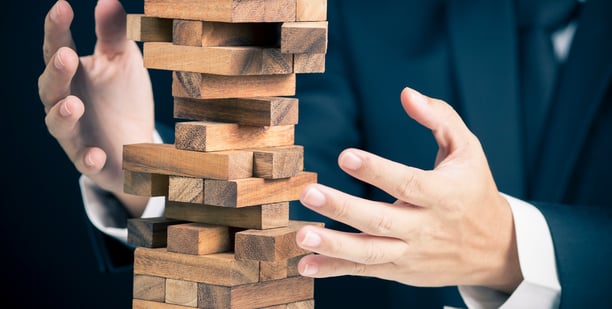 For years, the trend in the financial services sector has been toward consolidation as the total number of US financial institutions (FIs) has been on a steady and steep decline with the roster of supporting vendors following a similar (if less dramatic) trajectory. Most recently, however, we are starting to see the supplier pendulum swing in the opposite direction, providing more choice to FIs in their vendor selection process.

The business model of financial services providers like Fiserv, FIS and Jack Henry has been to solidify their role as a one-stop provider to financial institutions. Over time, their suite of offerings grew impressively, largely through acquisition. As a result, many FIs have likely found themselves negotiating contract renewals with one of these market leaders for a product initially purchased from a smaller niche player.

Eventually these core providers took a breath to assimilate their accumulated parts, and at the same time, fintech startups became emboldened to introduce new solutions in the marketplace. Financial institutions, seeing the success of social media apps and desperate to satisfy the demands of the Millennial generation, began to grow more comfortable engaging with these early stage companies.

The Last Mile is the Hardest

Suddenly, forward-thinking FIs find themselves with a greater number of vendor relationships to manage, particularly with younger firms, if they hope to remain competitive in the fast-paced world of fintech. What they are learning is that this environment poses its share of logistical challenges. First, most of these point solutions must interoperate with the FI’s core systems. The technical handshake required to complete that “last mile” of the journey cannot be taken lightly. Fortunately, major core systems providers understand the role startups play in bringing cutting-edge products to market. Their cooperation is critical, and in most cases, forthcoming.

The other challenge is more vexing in that inevitably, some of these startup partners will not pan out. One might even argue that an FI that doesn’t experience one of its cutting-edge vendors going out of business isn’t being aggressive enough in its pursuit of innovation.

So how can an FI protect its customers in the wake of a discontinued product? Larger institutions may have the IT bandwidth to take the code in-house (provided contract terms confer such rights in the event of dissolution) and continue support. However, migrating to a similar in-market solution with better scale may be a more practical approach. Although banks are notorious for their aversion to retiring products, if a solution is unable to generate enough traction to keep its creator in business, that option must be considered.

Don’t Be Distracted by the Latest Shiny Toy

In the long run, expect several of the most successful companies among this new breed of innovators to wind up as part of the market leaders’ stables. In many cases, the big boys have already taken minority stakes and set up incubators to foster collaboration and grease the wheels for such an endgame.

Don’t simply latch onto every new product idea, however. Before taking the plunge, make sure your customers see value in the solution. A flash survey on your website (which the most likely prospects presumably already visit) is a painless method to gather data – consider floating three potential product offerings for reaction. Smaller institutions can take a “fast follower approach” and monitor the moves of large, in-market competitors with bigger research and development budgets. Additionally, keep tabs on adoption trends in the EU, where US firms often test the waters with a banking population more receptive to change.

As we see more fintech startups move into the industry, it’s important for FIs to consider the necessary steps when working with new or early stage companies. Contractually, FIs need to protect themselves and their customers from potential disruption, which might mean carefully reviewing your terms to determine what steps would need to be taken if a product or service is discontinued. Customer expectations are now exceeding the capabilities of some of the traditional providers in the industry, and in turn, pushing FIs toward working with some of the newer entrants. Those bankers that take the time to vet customer interest beforehand -- and that craft the appropriate safeguards into their contracts -- are better positioned to realize the benefits that these new technologies offer.