Contactless Cards: Is the Train Leaving the Station? 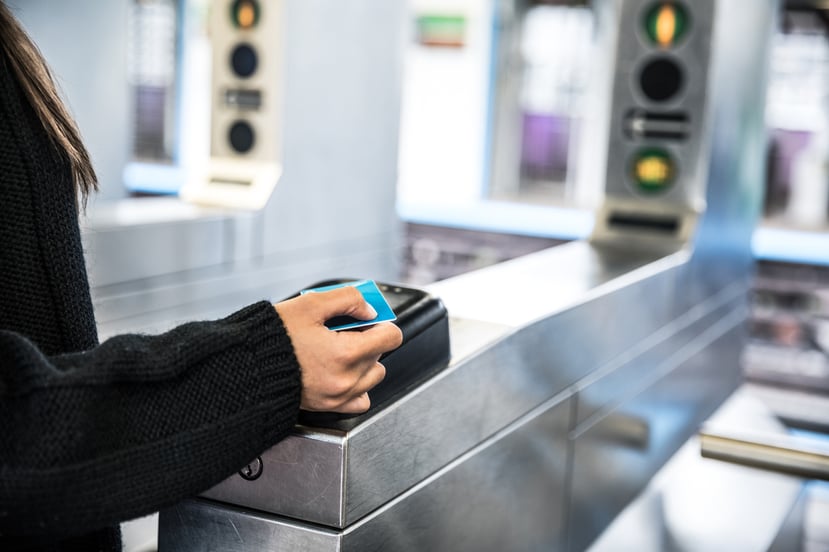 Despite all the forecasts concerning a downdraft in the economic climate, the payments pie continues to grow. With GDP on the rise both in the United States and globally, the overall value of retail purchases is also trending upward. However, research from the Federal Reserve reveals a less obvious pattern: growing even faster than average ticket price is the sheer number of payment transactions.

What implications do these payments trends have for banks and credit unions?  Consider this: payments revenue models are driven by transaction counts and, more commonly, dollar values. Financial institutions should be regularly tracking their volumes and transactions by instrument – debit and credit cards, and other forms – with awareness that a steady run rate probably translates to declining share. With this in mind, payment strategy teams should be visiting and revisiting ideas to drive additional usage and grow share of wallet.

One tactic that deserves a closer look is the rollout of contactless cards. These devices have a checkered history; their imminent breakthrough in adoption has been promised for years, but has yet to materialize. Recently, some merchants have even disabled the NFC capabilities required to accept “tap and go” payment. Nonetheless, several converging factors suggest a likely inflection point.

The Cool Kids, and the Need for Speed

There’s little dispute that a “tap” transaction is quicker to process than a swiped one. Conceptually, this creates benefits for the merchant at the checkout line. The merchants’ true endgame, however, is to stand ready to accept whatever form of payment their customer wants to use.

Is this speed a material benefit in the mind of the average consumer? Probably not. If it were, we would have seen greater contactless adoption by now. However, once someone gets used to tapping a card, the legacy process of swiping feels downright antiquated – just ask consumers in Europe or Canada.

That’s where public transit enters the equation. An increasing number of transit authorities globally have already turned to contactless technology to speed the turnstile process. Furthermore, major U.S. cities like New York, Boston and San Diego are all exploring “open loop” models in which a standalone stored value card is no longer required for train or bus fare. Now imagine that same card can be used to buy snacks, cosmetics, etc. at shops in the vicinity of the station with the same quick tap. It’s easy to see consumers opting for a new, more convenient card to complete those transactions.

Although using a contactless card is still likely to make you look like the cool kid for now, that won’t be the case for much longer. The transition will likely occur first in major metro areas, but, soon enough, “swipers” may join the dreaded shuffling ranks of grocery store check-writers and change-counters.

The Cost of Acting vs. Standing Still

The fact remains that it costs more to manufacture a contactless debit or credit card because of a necessary small embedded antenna. Meanwhile, up to now, the required inclusion of chips to meet the EMV mandate has caused some card issuers to seek savings opportunities by eliminating such a thinly used feature. Public sentiment can change quickly, however. Take, for example, the announcement of Apple launching its own credit card, which rewards customers for making contactless transactions via Apple Pay. What if a merchant doesn't have tap and go capabilities? There’s the attractive laser-engraved titanium Apple card (also tied to their wallet). With nearly 38 million wallet users, the tech giant is likely to convert at least 10 million of these to regular tap and go users, thus jumpstarting a stalled technology.

Now is the time to start thinking about the plastic currently in your inventory; can it support the NFC process behind contactless? Before adding raw material to your pipeline, consider where the market may be headed. An all-contactless product suite remains a potential market differentiator. Within a few years, an inability to make that claim may become a hindrance, leading to declining interchange revenue.

The Bottom Line: Be prepared to act quickly in regions where the transit system announces plans for open loop contactless technology. Regular use on buses and trains will help build muscle memory, but consumer education and merchant outreach will be critical complements to card issuance strategies. Institutions outside such metro areas and those not focused on younger demographics can likely buy some additional time. But what financial institution doesn’t want to attract the next growing customer cohort? Besides, it’s more a question of when rather than if this shift in card technology is coming. The contactless train is leaving the station. All aboard?