Card Fees Back in Washington’s Crosshairs 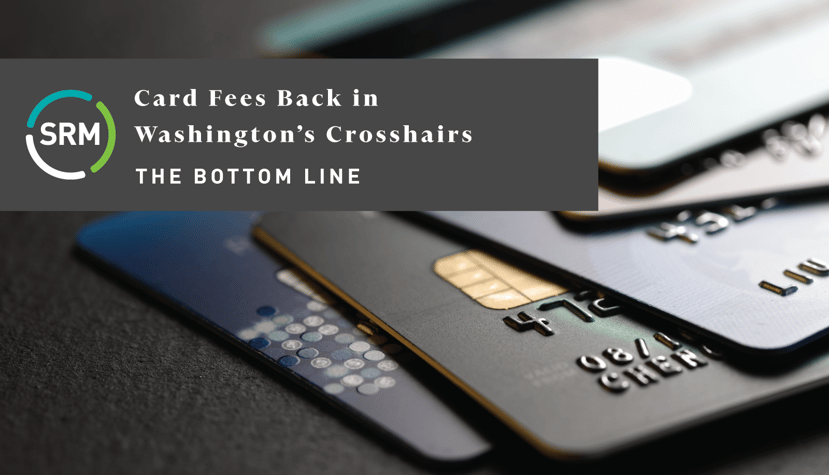 Two recent developments are sending a message to credit card issuers that the regulatory and political winds are not blowing in their favor.

Rohit Chopra, director of the Consumer Financial Protection Bureau (CFPB), on June 22 issued an advance notice of proposed rulemaking to assess if late fees charged by credit card issuers are “reasonable and proportional,” as required by the Credit Card Accountability Responsibility and Disclosure (CARD) Act.

Though the outcome is uncertain, the trajectory is clear. Now is the time for a refresher course on the current rules of the road and for issuers to prepare for any potential changes arising during this period of heightened scrutiny.

Senator Durbin, of course, was the catalyst behind the Durbin Amendment – a section embedded in the Dodd-Frank Act that reshaped the debit card industry by limiting interchange and complicating merchant routing. Some had speculated that he would use the recent hearing to call for a similar cap on credit card fees, which he all but did, while emphasizing the need, in his view, for interchange reform.

Durbin’s stance seems aligned with Chopra’s plan to revisit the CARD Act, noting that the law was implemented more than a decade ago. Given Chopra’s previous references to “junk fees” and “fee creep,” it’s fair to assume that he sees latitude within the law’s existing language to pursue further restrictions.

Although the CARD Act did not redefine the credit card landscape to the extent the Durbin Amendment did for debit, it serves as the underpinning for several of today’s practices. For instance, disclosures appearing on monthly statements, including the calculation of the cost of remitting only minimum payments due, are based on CARD Act mandates.

Here’s a refresher on specific key provisions that originated from the CARD Act:

Recent public comments make clear that the CFPB and some lawmakers are interested in revisiting long-established CARD Act provisions. SRM believes there is interest in asserting even more oversight over fees and disclosures, with the potential of more scrutiny of originations and portfolio acquisitions.

While the intention of such regulation may appear to be in the interest of consumers, certain consumer groups often bear the brunt of the impact. For example, when implemented, specific provisions of the CARD Act left many non-employed spouses without access to credit. It is possible that more fee limitations or more-stringent enforcement of the law will restrict access to credit for more consumers, pushing those individuals to seek non-traditional loans. That would hardly benefit society.

Card issuers should monitor the CFPB’s broad directives and any enforcement actions. They should also develop contingency plans for potential operational, technological, and budgetary changes required to address them. SRM will remain vigilant in tracking these developments.

Myron Schwarcz, Chief Product Officer at SRM, has two decades of experience in the banking industry, advising leading financial institutions on their strategic initiatives. Further inquiries may be made by emailing Myron at mschwarcz@srmcorp.com.