Always Vigilant: The Potential Cost of Not Auditing Vendor Invoices 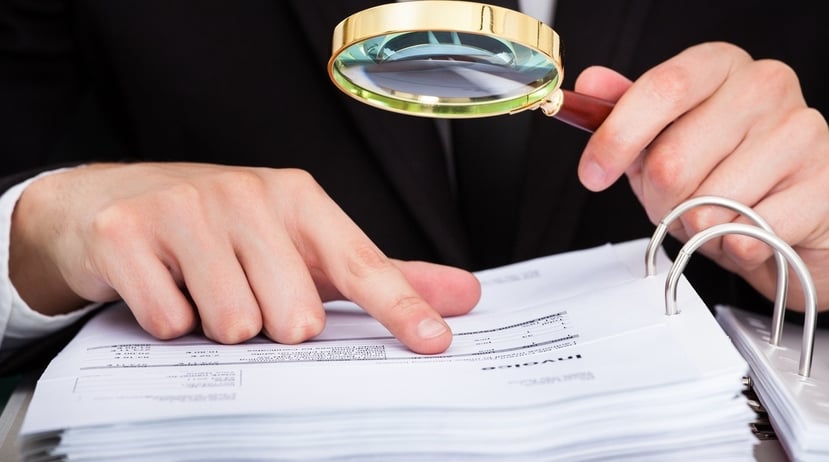 Vendor contract management is something that every financial institution (FI) undertakes as part of the cost of doing business. The average number of contracts a bank or credit union may have varies, but it is not unusual to see the number fall in a range of between 100 to 500 contracts on average.

While every FI is looking for ways to trim costs, many treat vendor contract management as a responsibility that can be simply added to the list of duties held by an employee that probably already has a full plate. The ever-increasing complexity of contracts and the growing number of vendors can make this approach very expensive for an institution.

For example, in many organizations, the time available for the approval of invoices related to vendor contracts may mean that little more can be done other than confirming the amount due is consistent with previous months. However, like the proverbial frog that doesn’t realize it’s in a pot of boiling water as the temperature gradually rises, a basic comparison to run rate can allow small errors to creep in and become big errors over time.

A case in point, one financial institution (FI) asked our company to explore why it wasn’t realizing the expected savings from a recent vendor contract agreement. We found a line item charge on the invoice that was not accounted for in the contract. With a bit more digging, we discovered an FI employee had submitted a work order without understanding the full effect of the request. The result was an additional charge of 2 cents per transaction applied to a rapidly growing base of business that soon amounted to $60,000 per month.

Fortunately, we were able to negotiate the required additional service for a fraction of the cost and recoup much of the incremental spend. The vendor was not at fault nor was a billing error involved. The FI, in this case, most likely had other priorities vying for attention, limiting the amount of time required to do the necessary due diligence on the vendor’s work order and subsequent invoice.

A Guide for When to Take a Closer Look

Card processing invoices are prime candidates for savings opportunities skirting by undetected. Interchange revenue has been on a steady upward trend thanks to transaction growth. Therefore, it stands to reason that costs are rising as well. If costs rise too rapidly, however, your FI can encounter margin compression and things can get out of whack in a hurry.

Take a close look to confirm your interchange revenues are growing faster than processing costs. If they aren’t, a deeper dive is in order. Following the initial shock of the Durbin Amendment, interchange rates have remained fairly steady. With the exception of PIN network selection, FIs have far more ability to control card expenses than to influence interchange.

An FI experiencing solid growth can reasonably expect a break on per transaction rates, and it’s important to understand when such a threshold is crossed. The implementation of EMV (chip card) processing may have triggered a new line item on your processor bill, if the fee had not been negotiated previously. Consumer Price Index adjustments similarly deserve close attention.

How Much Micromanagement Can You Afford?

Want to make sure that small errors aren’t multiplying into large numbers?  The surefire approach is the old-fashioned one: check every bill every month, line item by line item, against the terms of the vendor contract. For most FIs such a level of diligence is not feasible in today’s environment.

I once visited a credit union where I found three sets of sign-off initials on every invoice – a truly impressive commitment to detail, but likely an unsustainable model for a growing organization. Fortunately, software is now available (including SRM’s TAB product – for tracking, auditing and benchmarking) to automate the clerical aspects of this process and flag the resulting opportunities for action.

The cost of automating this effort is minimal when you consider the cost associated with undiscovered errors in billing that can reach seven figures. If you can automate the tracking and auditing of invoices plus receive information as to when a vendor contract is “out of market” then the return can even be greater.