Adapting to Impacts of COVID-19 in Your Card Branding Agreements 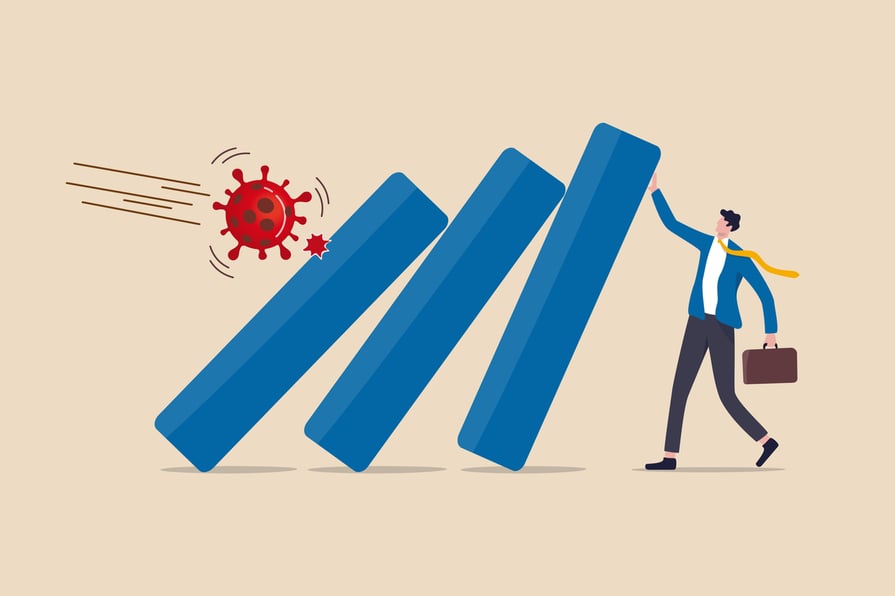 It had long been predicted that the next U.S. economic downturn would be far less severe than the one triggered by the 2008 financial crisis. What wasn’t predicted, however, was the emergence of another “black swan” event like a coronavirus pandemic. Although the underlying fundamentals remain quite different, banks and credit unions everywhere should consider a few lessons learned from 2009-11 while they adapt their institution’s business model to the new norms of consumer behavior.

Because of COVID-19’s impacts to payments, SRM is seeing a steep rise in cases of pressurized decisions around critical agreements – particularly in those that govern a growing share of non-interest income and fees. Many of the terms of these contracts, notably with card networks and PIN processors, were set in the wake of the last crisis and will badly need realignment – much like getting one’s mortgage re-aligned with the rates of today.

However, unlike at the end of a mortgage agreement, a renewal will be needed, and many don’t know what they don’t know when combing through these complex agreements in our current, pandemic-altered payments landscape.

Over the past two decades or more, debit and credit volumes have both grown at robust mid-to-high single digit rates, with debit typically outpacing credit. Though in the Federal Reserve’s most recent reporting, credit card activity nudged ahead debit (9% v. 8% annually from 2015-18). This has been welcome news for most bank and credit union execs since there is more to be gained per transaction from credit v. debit.

But, consider what happened in the late 2000s. Default rates on credit card balances shot up. Many issuers pared back available credit limits, both to guard against further defaults and because they had less liquidity to back additional balances. This led to more consumers maxing out credit lines, prompting erosion in average credit scores and fewer new account approvals.

The net result was a flattening of credit card usage. The amount of outstanding credit card debt declined by an unheard of 20% from 2009-12 before returning to a growth trajectory that persists to this day. Meanwhile, despite the spending slowdown that accompanies a recession, debit growth barely missed a beat.  In our current health/economic crisis, financial institutions are already seeing similar credit limit pullbacks and can reasonably expect more consumers to favor their debit card over their credit cards in the coming months.

Other present-day factors may encourage shifts to debit as well. Reports casting doubts on the cleanliness of cash could shift more cash payments to electronic means (presumably debit), such as using contactless payment technology with a card or mobile device.

Planning for the Short and Long Term

The P&L impact on banks and credit unions of these shifts in the coming months will be non-trivial, even if there isn’t a trend of loan defaults. At the same time, it’s important not to overreact. Despite talk of the “new normal,” many aspects of payment behavior, in the long game, will likely revert to longstanding trends, just as they did by the early-to-mid-2010s. Expect healthy debit and credit growth to continue over the longer term.

To this, our benchmark database shows a disproportionate share of card network agreements will be expiring over the next couple of years, ironically much as they did in the wake of the 2008 financial crisis. These contracts are almost always long term (five to 10 years) in nature and govern a large and growing share of non-interest income. Although many of the pandemic impacts won’t last forever, SRM’s advice to our clients has been to keep calm and prepare for the expected shifts to come.

The recent SRM Academy Report provides a more detailed analysis of these factors. If your bank or credit union’s card agreement is coming up on its expiration within two years, we strongly suggest you have a look and prepare appropriately. There are few initiatives that offer a more lasting impact to your institution’s P&L.

To learn more on this topic from Bob Koehler, watch the webinar hosted with WBA: Pulling Strings to Optimize Your Payments Networks, located in the SRM Academy.