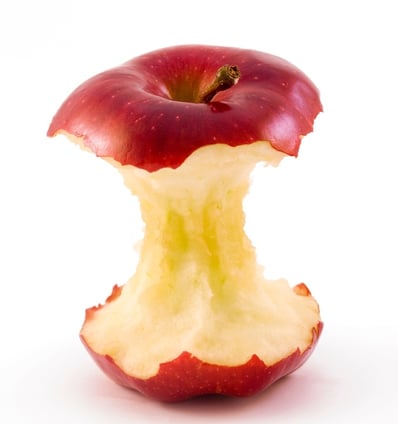 Much has been written about the “stickiness” of consumer payment apps and their value in cementing bank and credit union relationships with customers and members, but behind the scenes at most financial institutions (FIs) there is a far stickier relationship.  In this relationship, the bank or credit union is the customer and the cement composed of those mission critical services provided by their core processing vendor.

The mere thought of migrating off of a core platform – with its myriad of touchpoints and customer experience implications – is enough to strike fear in the hearts of most banking professionals. Unless there are severe existing performance issues or significant cost concerns, the potential downsides of a core swap is likely to exceed the potential benefits in many cases. The core providers understand how these factors increase the value of incumbency. Such knowledge gives these suppliers significant leverage in managing many aspects of the contractual relationship they have with banks and credit unions.

So what’s a FI to do? As with so many aspects of vendor contract management, timing is everything. Yet far too many banks and credit unions fail to leverage this advantage because they face so many other priorities that require attention. In most cases, but especially when a FI wants to level the playing field when negotiating with a core vendor, working with a skilled strategic sourcing management partner should be considered carefully.

If the Old Stuff Still Works, Why Fix It?

Based on our experience as a firm that has helped hundreds of FIs save billions of dollars related to their vendor contracts, more than 90 percent of the time there is no need to replace an incumbent if the working relationship with them is still acceptable to the bank or credit union. Furthermore, in this situation where an incumbent is retained, it is still possible to achieve an acceptable outcome for a bank or credit union if discussions around needs and expectations start soon enough.

Keeping the current core processing system is not only a good idea as relates to avoiding  the invasiveness a replacement project brings to the FI, but it also makes sense because many of these legacy core processing solutions still consistently provide the basic services required. The high demand and stiff hourly prices of common business oriented language (COBOL) programmers maybe as good an indication as any that many banks and credit unions are deciding to do just that.

Perhaps the biggest hurdle faced by FIs that take the “if it isn’t broken, don’t fix it” approach is the increasing need to respond swiftly to the ongoing cycles of technical innovation driving consumer behavior. The speed at which a bank or credit union can respond is oftentimes slowed due to the reliance these institutions have on back-office legacy systems, including their cores. This is a serious constraint especially since, to compete successfully, it’s essential to optimize time to market for new product and service offerings.

Once upon a time – and not that long ago – banks and credit unions could opt for the simplicity of sourcing as many solutions as possible from a single vendor, often their core processing vendor. However, the pace of innovation in today’s market, especially around digital transformation, has created an environment in which FIs no longer have the luxury of choosing simplicity over customer expectations. As a result, banks and credit unions are increasingly considering other options for realizing the need for more rapid, continuous innovation turning to companies that have built their business on delivering fit for purpose solutions.

At the same time, many FIs are looking for options that will mitigate the age, complexity and limitations of their back office systems allowing them to leave those systems in place and avoid a painful, risky conversion of one or more of them. Two of the FIs I have spoken with are deploying what they refer to as an enterprise bus layer to their IT infrastructure.  In their cases, the enterprise bus layer will function as a “third-party” negotiating between the back office and front-end systems. Twenty years ago, we called this middleware.

There are two other related strategies that are getting some discussion as well. The best articulation of it, I have come across, is from Jost Hopperman at Forrester. He calls the approach the “new digital core,” which he means that the digital banking platform becomes the center of the FIs IT universe demoting the core to the “accounting” activities at which it is proficient. The logic of Hopperman’s position is solid especially as digital effectively becomes the branch.

Another point of view that has similarities to the Hopperman’s strategy is the “digital platform” concept.  Here, the FI pursues a digital banking platform strategy. As with the “new digital core,” this platform becomes the center of the FI’s consumer and retail banking, insulating the consumer from the limitations of back-office systems. There is a nuance to this approach that is not entirely spelled out in Hopperman’s concept though it is “suggested.” Advocates of the platform strategy see the platform as more than a “negotiator” between front and back office systems, it also is the foundation that the FI uses to speed time to market for new innovations.

Giving the Legacy Cores a Run for Their Money

Many of the solutions used by FIs to deploy a “new digital core” or “digital innovation platform” feature modern technology stacks with API-based architectures. As has been documented numerous times in various publications, these APIs are what make the extensibility and introduction of innovation possible. The question that remains about them relates to their scalability. That will be answered with time, most likely.

If built properly, the functionality of these new digital platforms will likely expand over time. As the most innovative solutions are decoupled from them, core systems may become commoditized, resulting in reduced incentive to change providers. A more intriguing alternative may be the growing wave of cloud-based core solutions. Not long ago, such a banking solution would have been unthinkable, but banks and credit unions are rapidly becoming comfortable moving mission-critical applications and services to the cloud.

Understandably, core providers value their position as the heartbeat of banks and credit unions, and it is indisputable that their role will continue to be vital to the operations of these institutions. It is also possible that, as has been the case in the past, these large companies who own much of the core space, could go on acquisition sprees purchasing the growing number of companies driving digital information to shore up their one-stop shopping strategy.