What a Decade’s Difference Means to Your Card Branding Agreements 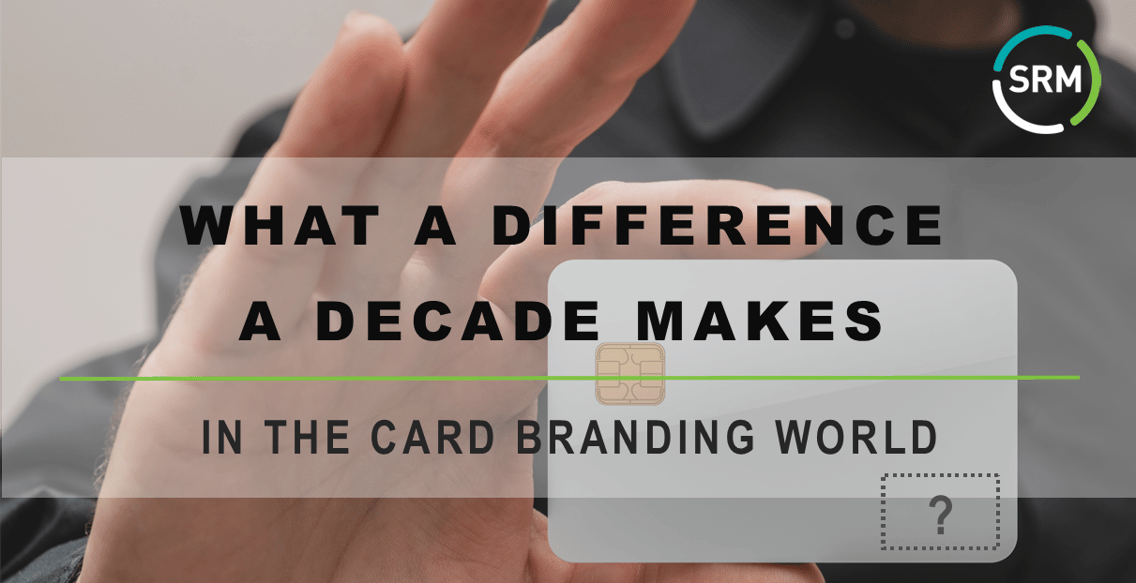 Card-issuing institutions of all stripes (yes, a payments pun) are in store for some interesting times. According to SRM’s findings, a disproportionate number of card branding agreements are coming up for renewal over the next 12-18 months. Why is this important? Consider the timing.  These contracts, commonly signed with MasterCard and/or Visa, tend to be long term in nature and govern a large – and growing – share of non-interest income. As SRM witnessed during economic recovery from the 2008 financial crisis, properly realigning your bank or credit union’s critical card branding contract with the market, as well as other payments agreements, can uncover hundreds of thousands in both cost savings and revenue growth.

The debit and credit card space is very different today compared to when these agreements were last inked – and payments activity is poised for even more shifts before this next wave of agreements expires. When this realization sets in, bank and credit union executives will need to know how to gear up and realign their card strategies for the long haul.

Metal or Plastic? Or Neither?

Look back and account how much the card landscape has changed since 2012 – a year when many expiring branding agreements were struck. Both debit and credit transactions have increased by more than 50 percent. Further, the latest 2019 FED study reports nearly twice as many payments using debit than credit, though the latter category has grown almost 10 percent annually over the past three years.

Consider the events of these past six years alone. Rewards junkies turned the launch of Chase’s Sapphire card into a cultural event. Plunking down a heavy metallic card (plastic is so 2013) became a status symbol. Further on, phone-based apps like Apple Pay have made it mainstream to not even pull out a card at all. It’s easy to forget that as recently as 2014, the United States had not yet introduced chip cards and all the ancillary challenges of reissuing cards, new terminal rollouts and cardholder education. This EMV model has helped stem the incidence of counterfeit card fraud at the point of sale. At the same time, however, purchase activity (and fraud) continues to migrate to e-commerce and other card-not-present channels.

The U.S. payments landscape reached a milestone in 2018 when the dollar value of remote card payments pulled even with in-person payments. Although nearly three-quarters of payment events were in-person, and the definition of “remote” includes bill payments and mail/phone orders, this ongoing shift in payments behavior was altering both card economics and top-of-wallet strategies even before the pandemic lockdowns.

The Bottom Line: From what we know now, you can assume that any card branding agreement struck earlier than 2015 was designed to govern a market landscape that no longer exists. However, efforts to retool these contracts for today’s environment should also attempt to anticipate future changes. Upcoming events worth noting include the introduction of eight-digit bank information numbers (BINs), and the looming issue of contactless adoption, which could spur card reissuance in certain geographies as well.  Continued strong growth in card transaction volumes is also solidly in the forecast.

The latest SRM Academy report provides more specifics digging into the revenue strategies introduced here. If your bank or credit union’s card agreement is coming up for renegotiation, we strongly encourage you to have a look and prepare appropriately. There are few initiatives that offer a more lasting impact to your institution’s P&L.