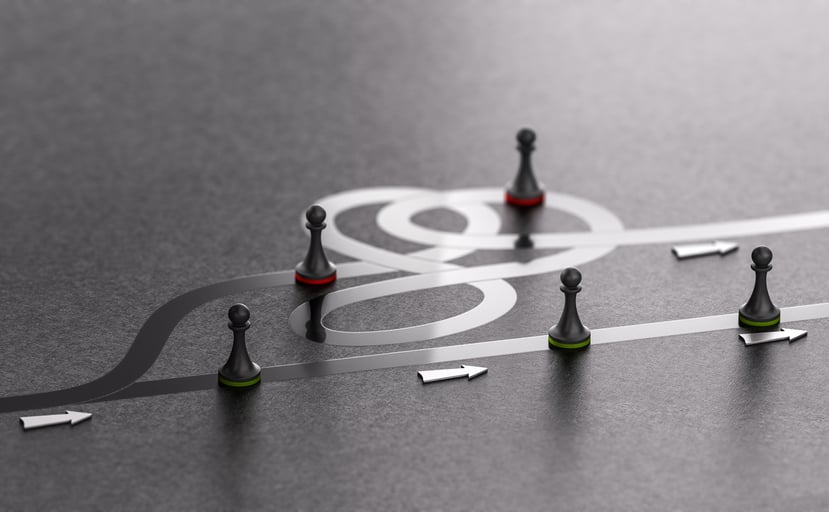 Given that one of the fundamental responsibilities of a bank or credit union management team is to ensure its balance sheet is built to withstand the economic headwinds that come with a downturn, one area of critical focus must be on the impact these dips have on the third parties part of an institution’s operations. Specifically, business continuity is key, meaning banks and credit unions must prepare now for the possibility of mission-critical partners stumbling when the dark clouds of economic instability become the norm.

The Age of Specialization and Accountability

It is becoming more common for financial institutions and fintechs to partner for mutual benefit. The institution can access and utilize the innovative technologies produced by fintechs to keep pace with consumer expectations. The quid pro quo for fintechs is the access to the distribution channels the bank or credit union has developed with its customers or members.

As these relationships become more customary and adoption of fintech offerings under an institution’s brand increase, the bar for uninterrupted service becomes increasingly high. While this is a positive when times are good, an economic downturn likely would expose any weaknesses in a fintech’s ability to meet this and other goals.

Innovation, by its very definition, suggests something new and different. In technology, new and different – while usually attractive to consumers – typically means that the offering has yet to be battle-tested through a downturn, especially at meaningful scale. Of course, issues also can arise with legacy technology that has been around for years, but the odds are definitely slanted to the “new and different.”

One thing is certain, whatever the case may be, the bank or credit union that experiences the manifestation of this risk will be well known in the industry after the fact.

Keeping Your Lights On as Others Flicker

As detailed in our recent blog, earlier this year the FDIC and NCUA both issued alerts encouraging banks and credit unions to look more closely at their vendor contract management and business continuity processes, particularly in the technology arena. Arguably, the impetus for the concerns from these agencies must be related – to some degree – to the trend described in the above section. However, this is not a case of regulators being overcautious. The failure rate among fintech – as well as startups in other industries – is 90%. Often these companies have excellent ideas expressed in viable innovations, but for a variety of reasons (lack of cash being the most common) they never gain traction.

Some of those that fail to thrive are supporting active customers whose expectations must be managed and needs accommodated. If their service is offered through a financial institution, the bank or credit union should have contractual provisions in place (the escrow of source code, for instance) to foster an orderly transition. This may involve the institution assuming direct product support or developing a migration plan to a similar, more viable, offering.

One thing is certain: simply unplugging the server and discontinuing a service without warning, as has happened in our industry and in direct-to-consumer offerings, is a classic recipe for a public relations nightmare.

The Bottom Line: Clearly, we would like to believe that the lessons of 2008 are still top of mind in financial services. This leads many to think that when the next recession comes it will not be as severe. Whatever the case, any down economy poses new challenges for emerging companies – e.g., cash flow issues and a tougher road to additional funding. It is impossible to predict how such conditions will impact these organizations. It is just as impossible to remain timely and relevant in our industry without partnerships with innovative companies that are typically classified as startups.  The financial institutions that understand the unique due diligence that is required before partnering with startups will distinguish themselves with leading technology that delivers convenience and access.