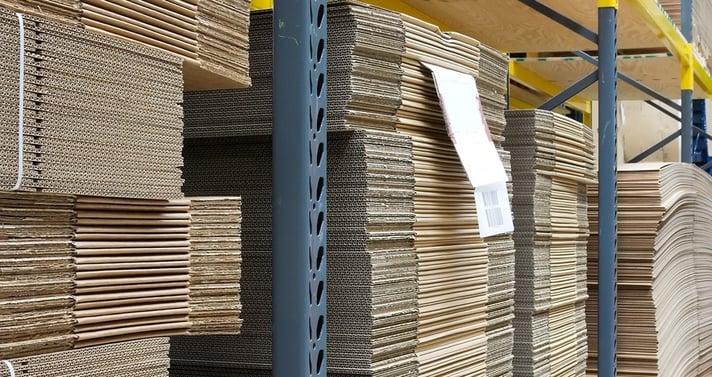 This past September, the pulp and paper marketplace experienced its first price increase in nearly four years. Originally announced at $50 per ton, in October suppliers ultimately settled for a hike of $40/ton (roughly 6.5%, from $610 to $650/ton) after weathering some customer pushback. For most users of liner board, this translated to a 6-8% rise in their material costs. For those operating without long-term contracts, the increases were higher.

Although no one likes to see their cost of goods go up, a single 8% increase over a four-year period seems relatively manageable, if this is the only increase during that time.  Unfortunately, the full story isn’t likely to remain that simple. The last time pulp and paper prices rose, a late 2012 increase was quickly followed by another in spring 2013. Given current market dynamics, there is a very good chance that history will repeat itself, with further price hikes as well as potential supply interruptions for users lacking contractual security.

A Perfect Storm, a Swinging Pendulum

US paper mills are currently operating at 97-98% of capacity. Underlying production costs (oil, labor) are on an upward trend. With GDP expected to grow from sub-2 percent levels to the mid-3 percent range, greater demand for corrugated shipping boxes is likely to follow. Completing this perfect storm, a major Pensacola production facility representing roughly 2% of overall capacity suffered an explosion on January 22nd and will be offline for nearly a year for repairs.

Consequently, it’s possible the industry is already churning at full capacity even before additional demand kicks in. Companies that rely on corrugated paper products - in other words, nearly everyone that does shipping or packaging of finished goods - need to act now to ensure a continuous supply, regardless of price. Those currently not under contract risk being left in the cold once supply becomes constrained.

Most current corrugated supply contracts are structured to the benefit of the provider. The heavy paper industry went through significant consolidation following the Great Recession, as demand waned and several firms ran into financial trouble. Since 2009, it’s been essentially a David vs. Goliath situation with the two largest players controlling nearly 90% of market share, and the top five comprising virtually all capacity. In such an environment, it’s important to have a skilled partner with deep negotiating expertise to level the playing field.

Don’t Be That Guy Who Missed the Train

Although the pendulum has swung to a seller’s market, areas of negotiating leverage remain for savvy buyers. Four of the top five suppliers are publicly traded, which can help to preserve a healthy level of competition.  OCC (old corrugate, using recycled fibers) is becoming an increasingly viable alternative, given improved production techniques.

The key to success, however, is to craft an effective, expert-drawn supply chain contract providing assurance of supply and an acceptable degree of price predictability. Since each type of corrugated box has a different paper composition, the impacts of price changes are never as straightforward as one might expect. Nonetheless, proper formulas can be implemented so that price escalators are tied to market dynamics, to the satisfaction of both supplier and customer.

Companies relying on folding carton boxes are beginning to experience pressures similar to the corrugated paper industry. Materials-oriented markets frequently work through such cyclical patterns- after enduring a lengthy trough, the pulp and paper market appears set for some heady times. Proper supply strategies can help consumers of corrugate ride out those bumps.